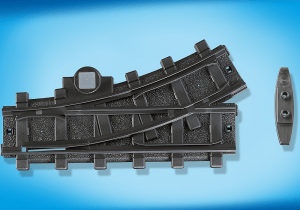 For the last couple of weeks I’ve been doing a lot of talks with customers about implementing Business Intelligence solutions. Some of the initiatives have sprung out from the business end, and some has had a clear IT driven initiative. From a management and strategic point of view a lot of the discussions have been targeted towards a self-service BI scenario even if the actual need have been a more Top-Down approach need with KPIs, standardized reports, scorecards and similar mainly based on internal data sources. In the same time discussions have been addressed towards more IT driven needs when the actual need have been more of a Bottom-Up approach.

In the world of Business Intelligence and Analytics there are actually not one single truth, my belief is that every organization need a little of both methodologies. For an organization new to the BI & A possibilities it can be really hard to actually know what the needs are even if some specific needs are known. For example with this specific customer that already had been introduced to one popular tool on the market, clearly a Bottom-Up approach tool, where a sales representative had been showing off cool features, the speed and versatility of building up a dynamic data model from which any business question could be shown with amazing graphs, KPIs and tables, and having this data available all the way down to the desktop for the user, exportable in every format and shape.

The target for the awesome demo was the CEO and the CFO, and they were totally stunned, they cheered and almost signed the deal buying this tool as there could not be any other tool that could be this amazing, it could even export the data to Microsoft Excel so they could play around with it even more. The CEO thanked the sales representative and told him that this was truly something they had to consider and that they should have a talk with the CIO, and that the CIO should get back to him when they had the decided on the tool. Shortly after the CIO was informed that a decision had been made to buy this tool and that he should get in touch with the sales representative just to finalize the deal and that they expected it to installed as soon as possible.

The CIO responded that he would look in to it, and with the last BI project in mind he asked the CEO and CFO what they expected that this tool would solve. The CEO said that they really need it to visualize the business values on the intranet, and that they need these reports delivered to the people who need it in a timely manner. The old solution is not as versatile as this new tool, and it doesn’t even need the expensive warehouse as they can collect the data directly from the application. Almost instantly the CIO responded that they could deliver that from the current solution, and that they could export needed data for those that need so, and for the business values they already have that in-place as KPIs on a dashboard available on the intranet. With that said he promised that he would look into it and try to find a feasible solution.

So, what just happened here? First of all I believe that management clearly have needs not foreseen from the IT department as well as the management haven’t been clear with what needs they have. This is just like a double-edged sword, and what is the truth? Should they do the investment in this new tool, or should they not? In my experience both sides are right, and none of them are wrong. It all depends, and to solve this they really should try to identify their needs, and try to map those needs to solutions. Maybe they should have a speaking partner that objectively could help them find the optimal approach, to set a scope of the need and solution.

Traditionally every Business Intelligence project have been designed with either a Top-Down approach or a Bottom-Up approach. With Top-Down there it usually are specific needs known from the business that need a solution, in a known format, more or less static, with Data Warehouses built with beautiful cleansed data and modelled in perfect stars all as Kimball has learned us, with OLAP cubes and KPIs on top and IT driven reports and dashboards.

The Bottom-Up approach is more of the opposite, but the same in the same time. We have these known unknowns that no one knows but still know is needed. Where the business need the data available and the consumers may serve themselves from the data to insights. Usually a Bottom-Up approach is really fast and user-friendly, where users with knowledge of their data easy, with a self-service tool which is easy to learn, fetch the data they need and almost instant deliver insights.

With this in mind, why would anyone want to use the Top-Down approach anymore when there are this vast variety of self-service tools on the market? Why should anyone build these huge data warehouses? I still don’t have a one solution answer. I’d say it still all depends. I’d say that probably there still is a need of a standardized data warehouse as we learned from years and years, but we also need to utilize less structured data, less structured but structured enough to fit in relational models, or even lesser structured data that non-relational engines like Hadoop or other Big Data offerings.

Today I would like to say that we should use a Top-Down and Bottom-Up approach. We need to do a little of both. We probably need a Top-Down to let the users learn what they can do, and we need to use the Bottom-Up to drive the evolution of the data warehouses as the users learn that they want and need even more data, and even more data in different shapes. But we also need to have control of the data, make sure that it is the truth users use but still not restrict the users to find new truths.

This post is my first post here on the SogetiLabs blog, the customer in the story is fictional but resembles a scenario from the reality, even if some methodologies and terms were harmed and abused in this post the intent is vicious. The reason behind this post is to open up for discussion and start a series of posts within and around the topic.

And finally I just want to add, the CIO reached out to me and I helped him in his approach to the solution. I showed him another amazing self-service tool that they just need to do a small investment to get, that fits into their environment, and is cloud-based, and only need functionality within Microsoft Excel. I told him that they can use this tool for free for one month to try out and that they do not need to change anything at all within their environment to test it. And that they might need to revamp some within their old, and maybe not all up to date, data warehouse, and if they want my support during the trial I gladly help out.