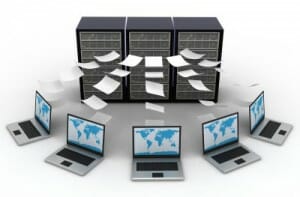 It was at this time that researchers and technology leaders started to question the concept. They realized that for every kind of problem, there is a better ways of solving it than the traditional relational database system. Said differently, they realized that “one size fits none”!

Columnar Databases: Datawarehouse models, in a majority of cases, are represented as star schemas (or a variation thereof) with Fact tables at the Center connected to the Dimension tables via primary-key, foreign-key relationships. Analytical queries are written against the Fact tables and typically query and aggregate using only a small fraction of columns available in the tables. On the other hand, traditional relational databases are row-oriented, causing a dataset much larger than required, to get loaded into the memory from the disk. This is because the entire record needs to be loaded into the memory even when only a few columns of the record are referred to in the client query.

The modern take on improving the design is to shift the paradigm by 90 degrees and store data column-by-column rather than row-by-row on the disk. The approach offers multiple advantages over the traditional approach. First of all, it improves performance by allowing the system to load only the data actually required to serve the client query from the disk into the memory. Secondly, the data in a column can be encoded and compressed to a much higher degree than that in a row. This is because column data is of the same kind, whereas row data is not. Data compression leads to reduction in storage required, and reduces the amount of data that needs to be moved from disk to memory and vice versa.  Thirdly, the query executor performs much better in a column-oriented database when the decision to select a value is dependent on only a few columns. Hence, in a majority of cases a columnar database suits an OLAP workload much better. HP’s Vertica, SAP’s HANA and Amazon’s Redshift are a few examples of such commercially available databases.

Ashish Kashyap is a Senior IT Leader with over 15 years of software consulting experience in a variety of industries such as pharmaceutical, retail, airline, automobile, marketing, and utility. He is an experienced solutions architect and has designed & developed B2B and B2C kind of applications on a variety of platforms including J2EE, COTS, and SAAS.