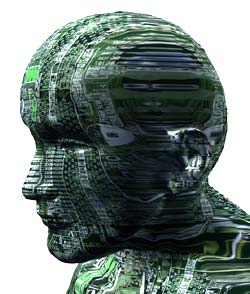 This blog post is the second of a four parts article. Please read the first previous blog article.

Google has been hiring leading researchers in the artificial intelligence space for years (Research at Google), including:

Even if very few information is available on DeepMind Technologies activities, this is a cutting edge artificial intelligence company which combines the best techniques from machine learning (Deep learning) and neuroscience systems to build powerful general-purpose learning algorithms.

This company might be of a huge help in the first primary goal of Google, by enhancing the capabilities of the world famous Google Search engine. The technologies behind Search engine has evolved during years: by starting with keywords, then understanding synonyms of keywords as well, a new algorithm was quietly launched in September 2013 called Hummingbird, which was able to analyze queries semantically, trying to understand what the queries were really looking for. It is much more efficient for queries in natural language (conversational search), which is  one of the main missions of Ray C. Kurzweil: “My mission at Google is to develop natural language understanding with a team and in collaboration with other researchers at Google”, wired.

But beyond the will to provide a new generation of search engines able to understand better users and anticipate all their desires and requests, Google’s investments in this area prove that this company wants to offer more and more powerful artificial intelligence technology capabilities to integrate it in their current and future products.

Google and NASA have recently joined forces to launch the Quantum Artificial Intelligence Lab that will allow researchers at the two organizations to research artificial intelligence using a quantum computer. The lab will use a “D-Wave 2” computer, the world first computer able to manipulate 512-Quantum bits (or Qbits, the quantum analogue of the classical bit), particularly efficient to solve what are known as combinatorial optimization problems, which turn up in everything from genome sequence analysis and protein folding, to risk analysis. And a member of the Google Quantum AI Lab team wrote a paper on Nature on how Quantum computers are going to boost Artificial Intelligence. In addition, Google is also looking to build an artificial brain, aka “The Google Brain”.

Evolution of Artificial Intelligence technologies at Google is a real hot topic, and it will help to operate autonomous cars, improve medical examinations, make reactive robots with human behavior, or fight against death by understanding how our cells and organs function.