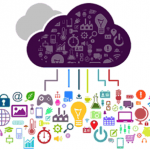 IOT and Testing
Last week, I sat with some Sogeti NL colleagues, among them Quick Tech Tester Tom van de Ven, the initiator of our conversation, to discuss the relevance of IOT to Testing and vice versa. You may already have noticed that I like to play around with the IOT acronym a lot, to have it mean more than just the Internet Of Thingamajigs or whatchamacallit . . .

At Sogeti, we consider the IOT a fundamental Innovation Of Technology, aka the IOT Tech Triad. It consists of three main components: traditional IT, Operational Technology or OT, and of course the so-called Internet Of Things, which in all occurrences needs strategic choices.

From a testing perspective, IOT in this context surely signifies InterOperability Testing. My good French colleague David Excoffier would point that out immediately, while presenting one of his babies, e.g. Sogeti’s Smart Engine, which since 2014 is an integral part of IBM’s IOT cloud interoperability suite (read on for more).

Your Digital Transformation Bridge
Actually, both Cloud and the IOT Tech Triad on the one hand, plus InterOperability Testing and DevOps or continuous delivery & deployment on the other make up the new Digital Transformation bridge that all organizations have to cross. Sooner or later, and preferably fast. But the Bridge Too Far syndrome looms and before you know it the construction you chose may crumble down under your feet so to speak, as technological disruption deals its final blow. Too little too late! Wrong time, wrong place! And, please realize: this is not “just IT,” this is Business Technology, your company’s lifeblood!

Structurally, on the business level, over the last 20 years – starting with Treacy & Wiersema’s Discipline of Market Leaders – it has all developed like this: 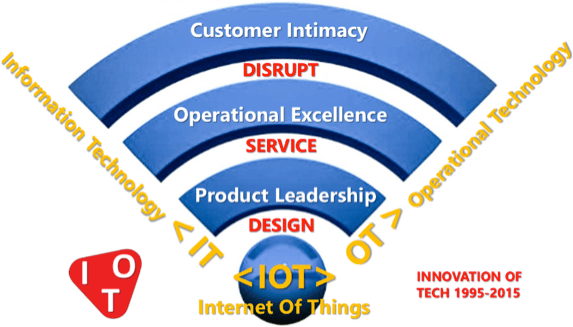 Innovation Of Tech and Testing
People today already own an average of ten IP-enabled devices, reflecting that more and more connected objects will be smart. The traditional distinction between network and device is starting to blur as the functionalities of the two become indistinguishable. Shifting the focus from the IOT network to the devices costs less, scales more gracefully, and leads to immediate revenues.

The systemic nature of innovation calls for coordination as the Internet (Of Things) will consist of countless cyber-physical systems. Successful innovation will depend on coordinating the huge range of stakeholders, systems and services in interaction-intensive environments with a permanent and seamless mix of online and real-world experiences and offerings. The overlay of virtual and physical will be enabled by these four technology strands:

Softwarization Rulez!
The “softwarization” of networks has profound implications as the threshold for market entrants becomes drastically reduced because new software-defined operators have their platforms fully developed, executed and operated in software. This brings dramatic capex and opex cost reduction.

In the new IOT context two basic conditions must be fulfilled. We need:

Sogeti’s Smart Engine
Two products only can interoperate if they implement the same set of options. Conformance testing consists of checking whether an implementation satisﬁes all static and dynamic requirements. Smart or dynamic interoperability means to accept different protocols and adapt on the ﬂy via an intelligent gateway and middleware. This is an important area because of the complexity and heterogeneity of IoT environments. Sogeti’s Smart Engine is such an innovative industry solution for buildings and factories, and is part of the IBM IOT interoperability suite. Interested? Contact David.Excoffier@Sogeti.com. 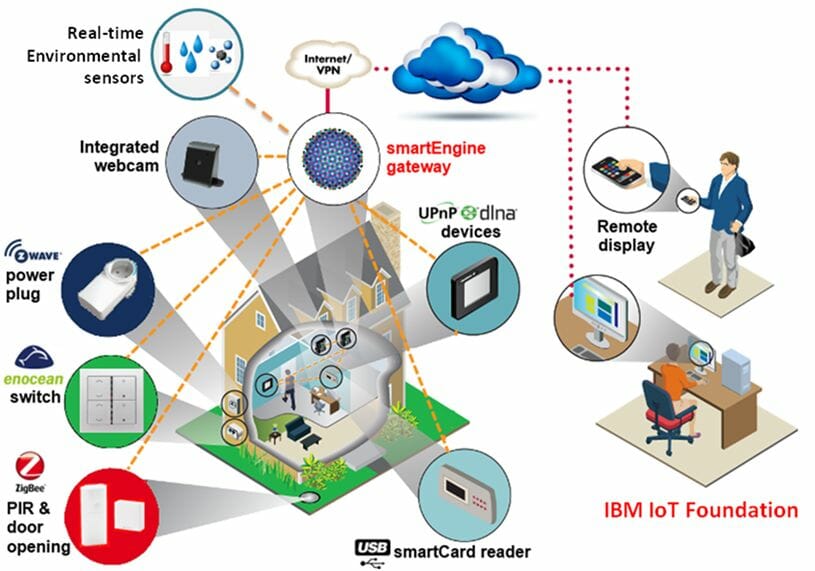