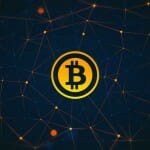 In August 2011 Marc Andreessen published an essay “Why Software Is Eating The World” in the Wall Street Journal. In this article Andreessen describes how companies like Borders, Kodak, Disney and Nintendo are having difficulty with the digital revolution. “More and more major businesses and industries are being run on software and delivered as online services—from movies to agriculture to national defense. Many of the winners are Silicon Valley-style entrepreneurial technology companies that are invading and overturning established industry structures. […] Over the next 10 years, the battles between incumbents and software-powered insurgents will be epic. Joseph Schumpeter, the economist who coined the term “creative destruction,” would be proud.”

One year later Andreessen was interviewed by newspaper USA Today. In this conversation he sharpened his vision: “The spread of computers and the Internet will put jobs in two categories. People who tell computers what to do, and people who are told by computers what to do. […] There’s no such thing as median income; there’s a curve, and it really matters what side of the curve you’re on. There’s no such thing as the middle class. It’s absolutely vanishing.” Basically, “Average Is Over”.

In their book “The Second Machine Age” (2014) authors Andrew McAfee and Erik Brynjolfsson, both at the Massachusetts Institute of Technology (MIT), argue how the history of work can be described by the role that automation has played. They distinguish between two periods. In the First Machine Age, the Industrial Revolution, technology reinforces human muscle power. These machines are controlled by humans. In the Second Machine Age machines and intelligent software are automating cognitive tasks. They are climbing up the DIKW hierarchy. Google’s self-driving cars and IBM’s Watson demonstrate that artificially intelligent machines can make smart decisions. These examples of emerging technologies show that “the relationship between humans and machine is redefined”. Machines are taking over control.

Automation is the replacement of human labor by machines or computers and computer programs. Automation normally starts bottom up. In their book McAfee and Brynjolfsson also define automation as a bottom up process. In the First Machine Age, blue- collar workers are replaced by machines and in the Second Machine Age intelligent software takes over the jobs of the managers of the organisation (the white-collar workers). The Bitcoin protocol turns this automation process upside down. Automation starts top down. Right now we need managers to pursue the mission statement of the company. “But what if, we can encode the mission statement into code; that is, create an inviolable contract that generates revenue, pays people to perform some function, and finds hardware for itself to run on, all without any need for top-down human direction?”

Such a company already exists. Bitcoin is the first prototype of a real decentralized autonomous corporation (DAC), where the bitcoin holders are the equity shareholders of Bitcoin Inc. Stan Larimer, president of Invictus Innovations, defines a DAC as follows: “Distributed Autonomous Corporations (DAC) run without any human involvement under the control of an incorruptible set of business rules. (That’s why they must be distributed and autonomous.) These rules are implemented as publicly auditable open source software distributed across the computers of their stakeholders. You become a stakeholder by buying “stock” in the company or being paid in that stock to provide services for the company. This stock may entitle you to a share of its “profits”, participation in its growth, and/or a say in how it is run.”

Another example of a DAC is Namecoin. It is a corporation that is basically a decentralized service, a decentralized Domain Name System (DNS), that allows you to register and buy a .bit domain, by purchasing it with Namecoins, that are especially designed and created for this goal.

A plausible scenario for a DAC could also be a fully automated speakers agency that acts on behalf of its keynote speakers. “Speakercoins” can be issued that can be bought by people, companies, conferences that want to hire one of the speakers. The DAC takes care of the bookings by automatically managing the agenda of their presenters. After a keynote has been given the DAC automatically pays the speakers by transferring the money from it ́s wallet. Think bigger and a DAC can even be an employment agency.

The possibilities of DACs are endless. In the future every person and every object will have it ́s own personal DAC that takes care of it ́s business. Personalized DACs act like Google Now on steroids and in a worst case scenario they will become a true “Daemon”

Sander Duivestein (1971) is a highly acclaimed and top-rated trendwatcher, an influential author, an acclaimed keynote speaker, a digital business entrepreneur, and a strategic advisor on disruptive innovations. His main focus is the impact of new technologies on people, businesses and society.