A new area of digital world arises due to the current pandemic: COVID-19 which is being faced worldwide, while the world is still adopting social distance practice. System Technology takes a step ahead in order to deal with this issue where almost all of India is working from home. Students of schools/colleges are struggling to cope with costly hardware (Laptop/Desktops). To overcome this challenge, I have come up with the exceptional idea of using low-cost devices which can save millions of dollars cost on laptop/desktop.

Many people have started adopted to use: ‘Raspberry Pi 4 B with Raspberry Pi OS’. This helps to connect to their online classroom, surf the internet, connect office systems to virtual machines, and has power for real multitasking and productivity

Since its launch, the Pi has been adopted by many schools, a way to inspire children to learn about computing its availability has almost tripled in the number of people applying to study computer science at Cambridge.

The Raspberry Pi 4 is capable of media centers, file servers, there are hundreds of projects out there, where people have used the Pi to build tablets, laptops, phones, robots, smart mirrors, to take pictures on the edge of space, to run experiments on Projects like IOT, Artificial Intelligence and more.

With the Pi 4 being faster, able to decode 4K video, benefiting from faster storage via USB 3.0, and faster network connections via true Gigabit Ethernet

During the Covid situation, students geared up for online class from home. One of the Indian schools and colleges is leveraging these, any organization can yield inspiration from this idea saving initial hardware setup cost.

I have implemented with 4GB of RAM and 64GB microSD for Raspberry Pi OS & Ubuntu, with a series of nearly 60+ tabs on Chromium browser with actively playing 4K video (via HDMI). It is not so difficult to install Ubuntu on a Raspberry Pi.

There are other OS flavors like Ubuntu, Windows IoT Core, Alpine Linux, and many more you may install

Assemble Raspberry Pi Case with Heat Sink and Fan, Plugin all your hardware devices as per below Diagram:

Finally, Raspberry Pi4 is assembled and powered on as you can see Raspbian OS is booted in a few seconds to display the screen as below, you may set up a system with a wireless network and basic Country, Language, and Time zone details

Raspberry Pi is the future for the next generation of software that is powerful enough to use for the daily function of programming, web browsing, running software with multitasking, the best single-board computer, and one of the best values you can get with a desktop computer. 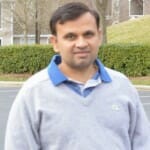 Prashanth is a Senior Architect in Microsoft technology with over 14 years of professional vast experience in SharePoint (Office 365, SP Online, SP 2013) the software industry.