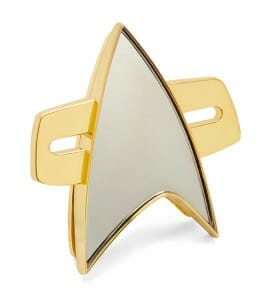 The Potential of Wearable Tech

When we think of wearable technology we may likely picture futuristic scenes with Star Trek communicator badges or visors as the characters in the stories explore strange new worlds, seek out new life or advanced civilizations.  However, the potential of wearable technology is within reach to make life much better for those on our planet in developing regions that historically have not had access to advanced technological capabilities.  So what exactly makes wearables so compelling for life in developing economies?

The primary characteristics of wearable technology that are beneficial are the following: 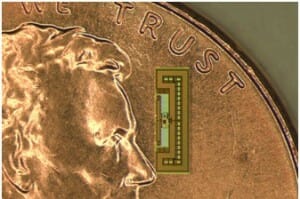 Recent fundamental technological developments aim to bring these benefits on a massive scale making it feasible for deployment in developing economies. A Stanford University engineering team collaborating with researchers from the University of California at Berkley has built a radio the size of an ant.  The tiny device is so energy efficient that it is powered by the electromagnetic waves that transmit signals to the receiving antenna – in other words, no battery is required.

The radio transmitter and receiver can be programmed to compute, execute, and relay commands and costs pennies to fabricate.  This innovation brings together all the potential of wearable technology in a very compact form factor.  The radio transmission capabilties deliver the connectivity to access cloud-based services from wearable devices in very efficient and low cost manner.  The connection between wearable tech and the Internet of Things will be a significant boon for development economies. 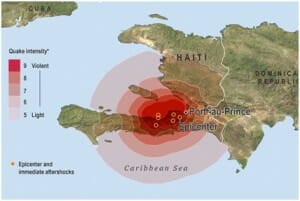 In considering specific human contexts and scenarios where these characteristics could make a significant positive impact I thought about my experience during the disaster relief and aid efforts following the catastrophic earthquake that struck Haiti in 2010.  There seemed to be a huge gap in the ability to effectively develop situational awareness and efficiently deliver aid to those most impacted by the disaster despite the best efforts by the UN, NGOs (non-governmental agencies) and other independent parties.

In 2010, a devastating earthquake struck Haiti

In many situations, there seemed to be an overwhelming lack of critical contextual information that could make the difference between life and death for many people affected by the disaster.  The go-to device to try and deal with gathering situational data was the mobile phone but because of power constraints, this option quickly became restricted.

In the days and weeks following the earthquake, other health-related crisis developed that threatened the well-being of survivors and general population.  The seemingly insurmountable task of monitoring health conditions in the makeshift camps that were put together caused serious concern for the risk of disease outbreaks and epidemics.  Delivering the right treatments with correct diagnosis to those individuals falling sick was in large part done without the support of a robust data collection process in the camps.

When this type of crisis is experienced by a developing country, the road to recovery can be a very long one.  With limited resources, the ability to harness the full yield of agriculture by eliminating inefficiencies is a critical aspect for providing the immediate needs of the population as well as sowing the seeds for long term economic development.  Activities such as monitoring weather conditions, particularly rainfall, become essential for protecting and nurturing fields to optimize harvest output.  Sharing market pricing data would also provide an opportunity for farmers to maximize monetization of their agricultural yield.

In the following sections, the opportunities for wearable technology to close the gap in these scenarios will be described.  It should be noted that the benefits of wearable technology can be realized in normal times but pointing out these critical benefits in a disaster and crisis context illustrates the need to consider deploying these technologies now.

Wearables for Disaster and Crisis Management 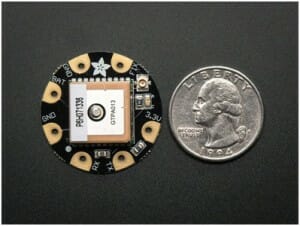 When natural disaster strikes, such earthquakes, large portions of communication infrastructure are often disabled.  One single piece of data is vital to ensure the safety of those affected: location.  Wearable GPS-enabled wristbands can send location information to centralized monitoring stations to track individuals without relying on mobile communications.  Wearing the tracking device makes it easier to move around and navigate the environment where there might be a large amount of debris or other obstacles.  It also makes it a bit harder to lose in the midst of a crisis situation because the device is a physical extension on the body.  Knowing the whereabouts of family members or friends in a chaotic environment facilitates bringing together people to safety, particularly children.

The wearable device could actually also be used to find the nearest place of safety using information sent back from a central monitoring station.  The tracking station can send out locations to the wearable device to help the individual know where to avoid because of dangerous conditions.  The wearable could incorporate a guided compass that points in the direction of safety based on the individual’s current location.  Without this critical data, some have walked directly into a life threatening situation.  The two-way communication helps to significantly manage the disaster recovery efforts and reduce casualties. 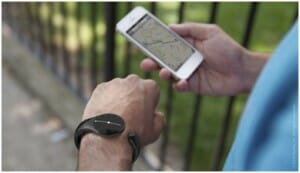 Wearable tech can serve as a relay for contextual, situational information using light-weight messaging based on sensor data.  Imagine a wearable wristband with capability to speak in a pre-defined, compact, Twitter-like vocabulary communicating information such as event types, event parameters, threat levels, and location.  The messages can be interpreted by the monitoring station to develop a map of the threat activity occurring over a geographic area.  This type of information can be used to great advantage when developing effective improvisational responses to threats in a rapid fashion.

In the Haiti disaster, mobile phones were used to perform this communication and improvisation with questionable effectiveness.  A smart, wearable wristband that knows how to speak the language can make this communication more precise and predictable, thereby improving situational awareness and more easily reproducing successful improvisations.  The Stanford radio mentioned earlier could be programmed to speak this language and incorporated into a smart wristband as shown in the picture above.

In the next article, wearables for health, agriculture and economic empowerment will be covered.

Sergio Compean comes to Sogeti USA with extensive technology consulting and leadership experience in the areas of distributed systems software engineering and enterprise solutions. He has been successful in building culture of innovation and entrepreneurship to develop high performing teams that deliver significant value to clients across market segments and project portfolios. Sergio has a consistent track record for delivering high-touch client services with deep insights to realize positive outcomes from business strategy and technology vision.