And does it matter?

Once any piece of code goes beyond PRINT “HELLO WORLD” you are going to find bugs. I suspect that there are some developers out there that could even generate a crash with a hello world line of code.

Bugs are annoying. They cost money. We spend a lot of time and effort trying to get rid of the pesky little critters. Most of my professional life has been spent trying to find them, fix and prevent them. I have read learned papers on how best to classify them and report on them. I’ve spent eyes watering amount of money on tools to an instrument and detect bugs in running software.

Code coverage has been a passion of mine. But after years of thinking about it and reading almost everything I could find on the subject I’ve been able to boil it all down into one little flow chart. 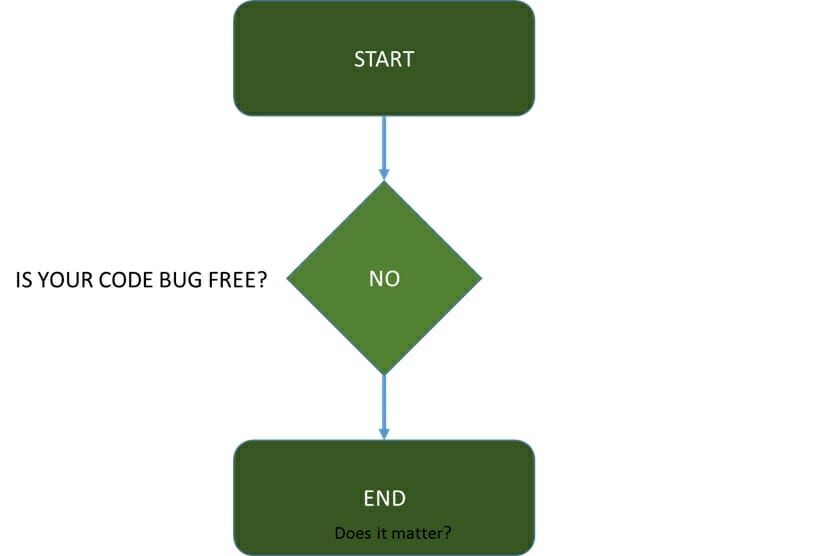 When we get down to it, most projects spend a lot of time recording defects that no one excepts the person who spotted it, gives a <cough> cares about.

So, you know what the best answer is? “Don’t be bothered with them!” 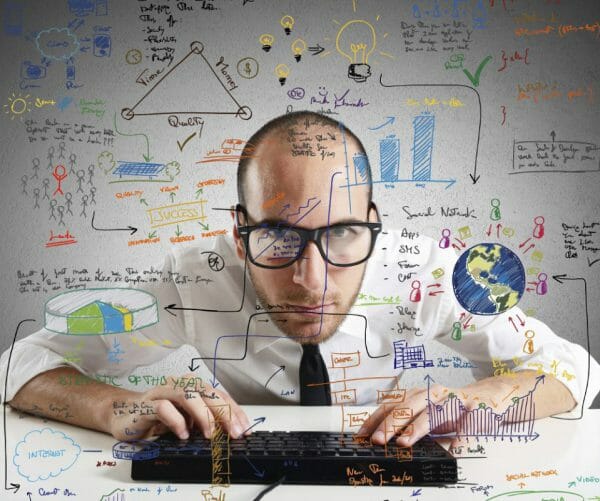 Ignore them the same way you ignore the people doing opinion polls who get in your way when trying to catch the 84 bus home. Step away from them. Don’t make eye contact. Just keep on with the journey home. If the bus doesn’t come, that’s a problem. If it’s raining and you are cold and tired and the bus is waiting for you but it’s the wrong shade of red, so what? It will get you home. You don’t spend time writing it down. You are just grateful it’s there and you can catch it to get home.

Andrew has been a managing consultant with Sogeti since 2009. In this role, he has worked on a number of major clients across government and private sectors covering tasks such as security test manager for a major government pan-agency project, helping with restructuring a bank rescued by the UK government during the financial crash, re-planning a major welfare project and architecting a performance policy and approach to address significant shortfalls in the delivered solution.