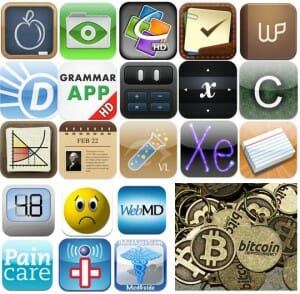 Recently, I have been involved in a lot of conversations around Disruption, focusing on organizations that have moved to different markets, or are trying to do so. Today, technology is enabling organizations to disrupt markets and markets are being disrupted quicker. Winning organizations are changing how things are done and the losing ones are disappearing.

We are used to seeing organizations disrupt marketplaces, but some of those are moving into areas, where governments operate. I don’t see governments falling, because of these organizations yet; but governments should take note and act before it is too late.  I have identified few such areas:

I recently wanted to brush up my skills in the French language, which I studied in school. As I work for a French company, I thought it might be useful to attend French classes in the evening for few weeks. However, while searching in the App store on my phone, I found a free App called DuoLingo, which gamifies the language learning process. There are 10+ languages to learn, with more appearing. As I was interested, I installed it just to see what it was like; and within just 10 days, I was on a winning streak with my phone challenging me to go another day to continue my winning run. I can, honestly, say that I learned more French than what I did during my schooldays.

Will students look into their phone and tablets in the future, instead of learning in government-run schools?

You would think that money is a key tool for a government and they should provide stability and assurance. Smart people looking after our currency is important because governments can fall if this goes wrong.

Bitcoin has not taken over any country’s currency, but it has raised interesting questions and brought new ideas into being. Some people have even suggested it as a currency for failing economies like Zimbabwe. However, even if cryptocurrencies don’t become a mainstream currency, the black market in most countries is big enough to have a huge impact; and we know that cryptocurrencies enable black market activities.

The Irish Black Market economy is approx. €20 Billion a year (Irish national debt is significant at approx. €210 Billion).  Even if a small percentage of the Black economy runs on crypto-currencies, the Government and Tax payers could lose a significant amount of revenue.

When you are a citizen of a well-run economy, you expect to be looked after if you fall ill. Health systems are costing more and more. And as we live longer, it will become increasingly expensive.

Technology is rapidly changing how health care works. My Fitbit monitors my activity and food intake. Apple, Google and Microsoft – all have introduced health Apps on phones. Doctors are looking at these Apps to monitor patients. As sensors become better and more cost-effective, the amount of health data we collect will question why we need some doctors and hospitals… My phone and a call center could advise me on my health quicker, cheaper and better in the future.

I am a citizen of a country and participate in the economy and election process, because I feel that the government is looking after me. But if organizations can utilize a citizen’s currency better than a government, to educate me and my family and look after my health, will people change how they feel about citizenship?

So, is your country, disrupted yet?