Every single wave of VR/AR innovation and products has come only a small step closer to real mass adoption. Will the latest wave of self-contained mobile VR/AR (short history below), finally, provide the long-awaited breakthrough? Big players such as Facebook, Google and Microsoft have already, publicly, entered the ‘arena.’ It seems the biggest tech company is missing in an alternate reality…

Google, Microsoft and Facebook are all well aware of the possibilities and see a huge market for AR/VR. They are not about to miss the opportunity and are positioning their solutions for a big chunk of the pie. While Google is ‘jumping in’ with rich experiences accessible via YouTube and overlaying information with the temporarily-discontinued Glass, Facebook positions VR/AR as the next logical step after sharing text, photos and videos as sharing entire experiences and adventures. 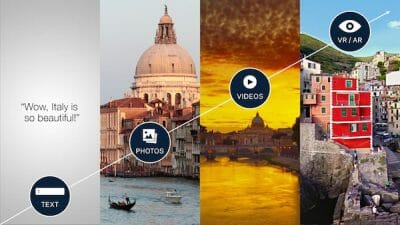 Microsoft continues its new strategy to enable their solutions everywhere with the HoloLens. It is to be used, both as a functional assistant and as an entertainment experience. All running on Windows 10…

Do we really need this?

Sometimes it feels like, this VR /AR technology is looking for a problem to solve. I find it rather amusing to see demos of Virtual Reality where we are dropped inside the Oculus Rift in an empty theater just to watch some kind of movie on a screen far, far away. That doesn’t seem like the future to me. Rapid design evaluation, interaction with virtualized prototypes, travel experiences and an assistant on complex operations feels much more logical. That is exactly how Microsoft, and more or less Google, is positioning it.

It leaves us with the famous question: What is Apple doing? In my opinion, it is not something they want to be left out of, they have to be a part of this. Although, Apple apparently holds several patents on Virtual Reality, we have yet to see them join the battle in this world with real VR/AR products and services. Apple, recently, acquired a German Augmented Reality company Metaio, which is more screen-orientated than head-mounted for now. That truly feels like a step back to the mobile screen AR of Layar instead of the more immersive experiences of HoloLens and wearable Glass overlays.

What do you think? Is this wave of self-contained mobile VR/AR the the long-awaited breakthrough; or, are Facebook, Google and Microsoft too early? Is Apple missing out or are they just waiting to join the VR/AR party at the right moment?

A … very … brief history of VR

Ever since we have computers, we are looking for some kind of simulation of reality. In my previous job, as a Technical Manager of a Virtual Reality company, I have seen all kinds of tools and gadgets for simulating an artificial environment. Either to replace it completely (Virtual Reality) or to overlay info over the world around us (Augmented Reality). The slow level of adoption always disappointed me. It seemed that it was just too early to go mainstream, every time. From my early entrance in VR in the 90’s, I have seen the following five waves:

In the 90’s, we needed special, rather expensive, hardware like the Onyx from SGI. Those computers with the size of a desk refrigerator were amongst the only hardware capable of doing 3D transformation in hardware. They ran their own proprietary Unix based operating system, but then OpenGL was already used for the simulation. 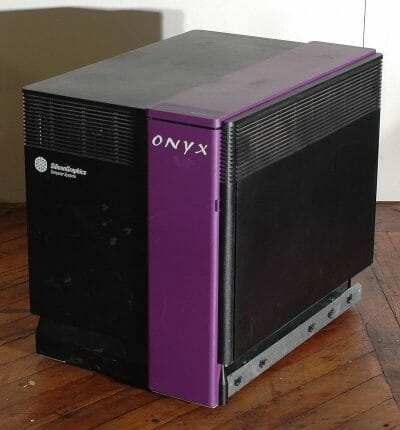 In the late 90’s, the first Windows based PCs were built with a dedicated video card that used the OpenGL interface for visualization in hardware. Among the most important was Intergraph, which later sold the 3DLabs division to SGI. Finally, we had the real simulation power on our desk. It was the time that Microsoft was getting initial traction with early versions of Direct3D and there were even talks about blending Direct3D and OpenGL to create one unified approach to use visualization hardware. This was also the time of the first commercially-off-the-shelve head-mounted displays. Ironically, they were called the iGlasses… The rise of the Internet and the accompanying bubble also lifted VR from the desktop to online. Huge worlds were created with VRML and the online worlds like Second Life and my personal favorite There.com were opened. The latter was exactly the same size as earth and, for that clear reason, the US Department of Defense contracted the parent company to set up a specific defense-oriented branch. Around this time, America’s Army was also opened as an online game that was meant more as a recruitment tool than an actual simulation. 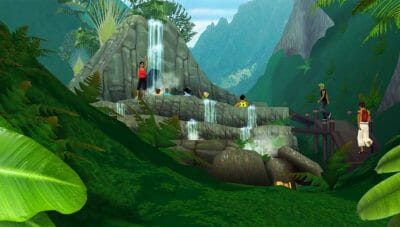 With the Google Glass, AR went mobile, although still connected to our most personal computer – our smartphone. The screen of a smartphone is also used in the Oculus Rift, which was acquired by Facebook for US$ 2B. The smartphones also became our mobile displays in Google CardBoard Virtual Reality. Recently, Google even introduced a new way of recording experiences in a full 360 view with Google Jump to be experienced with our cardboard like viewers. 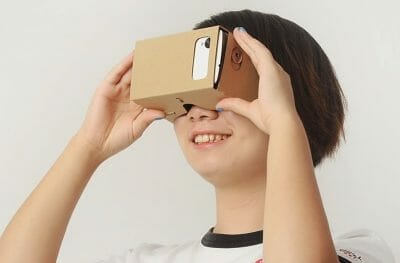 While Google pulled Glass back to the drawing board, Microsoft introduced the HoloLens, a self-contained Windows computer with an advanced Holographic engine and display system. This superimposes dashboards, widgets and gadgets over the real world in a somewhat large form factor. The Kinect-like engine and speech enables us to interact with the simulated environment. 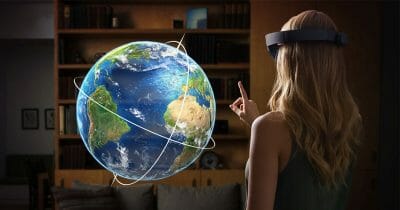