In the last few years, many companies with a substantial IT footprint have recognized the importance of ‘citizen developers’ and how it can help alleviate the pressure on IT budget. One of the tested ways to get the citizen development ball rolling in any organization is to introduce low-code no-code platforms which are easy to use and provide substantial productivity benefits.

Hence in the last few years there is has been a high demand for an easy to use low-code platform which not only helps to create intuitive UI but also a platform which can either act as an intermediator or a consumer for other platform so that citizen developers can utilize their organizations existing IT investment in platform like SAP & Dynamics 365 to create solution which can improve their productivity.

Looking at this market sentiments Microsoft developed the Power platform. They created Power Apps for UI development and Power BI for reporting & MIS while the workflow creation & logical constructs can be created in Power Automate. So, to speak, Power Automate is a workflow & integration platform provided by Microsoft as a part of its Office365 Power Platform low-code no-code offering. As Microsoft puts it:

Looking at power automate from a high level one can easily find various use-cases where power automate can be easily implemented. Not only does it provide some pretty nifty features but can drastically reduce the development timelines without the need of specialized developers.

Some might say it’s a silver bullet to the various vows of IT implementation especially when it comes to automation. But along with the good, power automate can also end up creating problematic, inflexible solutions which can be quite troublesome in the long run. In extreme cases choosing power automate over other solution might end up being outright ugly and can lead to serious project slippages.

This whitepaper tries to examine the good, the bad, and the outright ugly facets of power automate. Obviously, this is not an exhaustive list and there are many others points which can be included; but these are the ones which most of the users will come across while interacting with the platform. 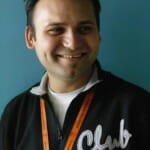