Innovation is growing at a rapid pace, with some innovations, disrupting the market completely. New entrants are replacing incumbents from their position of leadership. In an analysis done by Thomson Reuters in 2014, it has been found that innovative companies have outperformed Standard & Poor’s (S&P) 500 companies- for four consecutive years. As per their analysis, the top 100 global innovative companies generated annual revenue of around US $4 trillion in 2014. While the S&P 500 companies showed an increase of about 4 per cent in R&D investments, the investments of innovative companies increased by around 17 per cent. 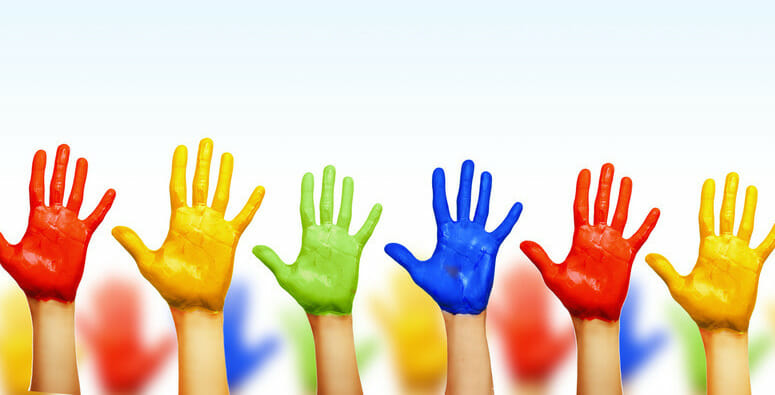 A lot of studies have been conducted focusing on the determinants of innovation. Of late, the topic on corporate culture has been gaining a lot of attention. For this reason, I decided to explore its relation to innovation as a thesis topic for my Masters program. Some of the questions that I tried answering through my six-month study are:

The research methodology was based on the case study methodology and was focussed on four companies that have been very involved in the technology sector: Apple Inc., Google Inc., Nokia Corporation and Microsoft Corporation. The analysis was performed against the backdrop of the Competing Framework for Culture (Quinn, & Rohrbaugh, 1983), from 2000 until 2014. A cross analysis of these companies was done to understand the common and dissimilar cultural traits.

Seen in the figure below is the segmentation of the mentioned companies as per their flexibility (control) levels and focus (internal versus external). 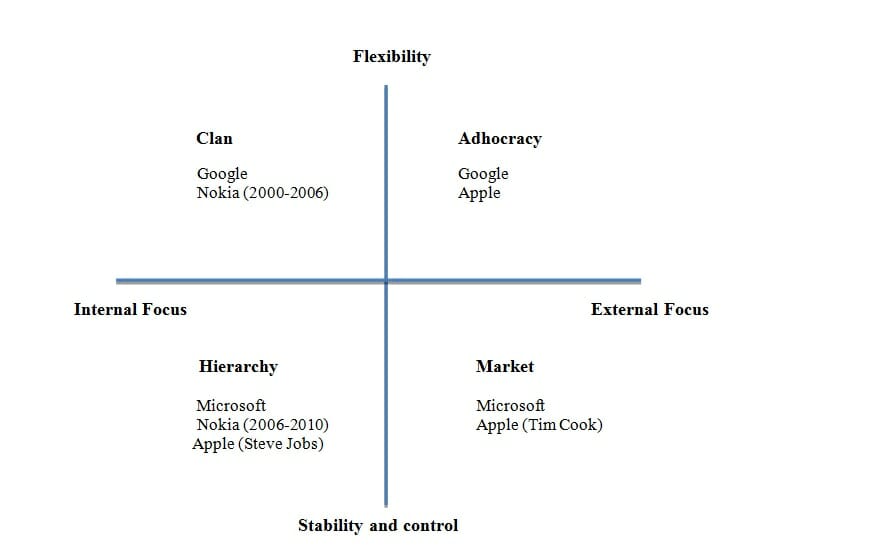 Among the four companies, some of the key pointers that distinguished fast innovators from their slower counter parts were: