Recently I stumbled upon something called The Internet Computer Association.

To sum it up, basically the idea is to decentralize everything and create a unlimited computer, A.K.A. The Internet Computer. According to the ICA, any software can run decentralized, removing the needs for big cloud vendors. Obviously you still need servers to host your Internet Computer nodes on, so yes there is still need for datacenters IMHO.

Some big tech companies are stated as fellows but the showcases on the main contributor site look like nice players: https://dfinity.org/showcase. The main contributor is DFINITY, and as with everything blockchain, I’m always highly skeptical of the actual goals that people want to achieve.

Ok, so what does it mean? How does it work? ‘The Internet Computer is a public blockchain that hosts smart contracts’. Well smart contracts on the blockchain aren’t new, they’ve been around since 2015 and can be seen as small programs that run when some conditions are met. Sounds a lot like a dApp, a decentralized application.

Will The Internet Computer actually take over the web 3.0? Will it change everything we do in the public cloud and render AWS, GCP and Microsoft Azure useless? Well I’ve heard the same talk about bitcoin and the likes, but I truly find it intriguing from a technical perspective. I see use cases arise from this and if the ICA is “truly independent” it could be something to watch in the upcoming years. 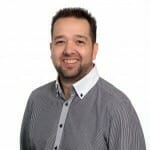