Start-ups, technology companies, and entrepreneurs are faced with competition and the need to stay relevant by creating and delivering value. As the marketplace becomes crowded with talent and ambition, many individuals are turning to “biohacking” in order to stand out, increase performance, and optimize capabilities. “Hacking” is a term used to describe behavior that requires a small amount of time and effort in order to obtain a high return. For example, software engineers are increasingly using biohacking in order to deliver more code, work through boring and arduous tasks, and maximize effectiveness during long hours in the technology world. 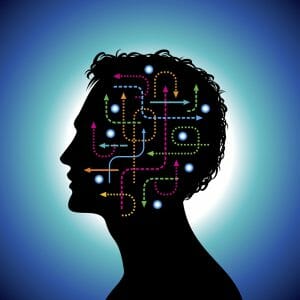 Biohacking is the idea that human potential can be maximized by using medical, nutritional, and physical practices. Individuals combine the use of biology with hacking in order to achieve certain goals such as increased concentration, improved attention span, better memory, and enhanced learning capacity. Biohacking emphasizes that our body is a system and that what goes into our system affects the performance of our system. The two most common biohacks are improving overall brain power and cognitive health are Smart Drugs and Nootropics.

Smart Drugs are prescription medications that are used to treat mental or cognitive disorders such as narcolepsy or attention deficit disorder. Common smart drugs include Ritalin, Adderall, and Modafinil, which are each used to enhance memory, focus, and attention. These drugs are available by prescription only, can be addictive, and may have side effects.

Nootropics are dietary supplements approved by the U.S. Food and Drug Administration (FDA) and classified as “Generally Regarded as Safe” (GRAS). The word “nootropics” (pronounced: new-troh-picks) was created in 1972 by the Romanian doctor, Corneliu E. Giurgea. The founder of nootropics is credited with the saying that, “Man is not going to wait passively for millions of years before evolution offers him a better brain.” Nootropics are hacking the mind in ways that are similar to how DoorDash, Uber, and Lending Club have hacked their respective industries. Nootropics are available over the counter (without prescription) and include compounds such as vitamins and herbs. By definition, a nootropic a compound that protects or increases cognitive ability and does not have side effects; nootropics do not get you high.

Biohacking is not for everybody. But, if you are underperforming and want to reach the next level, then biohacking can help you maximize your human potential and become a better human being. Start by analyzing what you put into your body and if those substances help or hurt your performance. Look at the basics first—your diet, exercise, and sleep patterns all have strong effects on your mind and body. After you optimize this foundation, look to the next level at nootropics and begin learning about ingredients and compounds. If you want to avoid the side effects and potential risks of smart drugs, then nootropics might be a better choice for you. Remember, the goal of your biohacking solution is an optimized mind and an efficient body that allows you to achieve your goals by increasing your value output in the long-term. Begin your journey today in order to maximize your potential, become a better human being, and change the world by creating wonderful technology.