Hi there! In my previous two posts, I spoke at length about the convergence between robotics-and-biology and robotics-and-the-Internet of Things. In the concluding post of this series, I take a close look at the ethics and challenges surrounding robotics.

Robots could rapidly be part of our everyday’s life. But this “invasion” of robots in our lives faces some conflicts with some parts of society. Even if most robots are seen as friendly, there are detractors that have hostile reactions towards robots. A part of this hostility stems from the mis-conceptions that robots are created to participate in social interactions with humans, despite being aliens, or mechanical entities.

To overcome this hostility, researchers are working on humanizing robots that are able to mimic human gestural, affective, or linguistic behaviors. This new generation of robots breaks the boundaries of human life and are considered a part of the society.

Beyond this philosophical aspect, a religious aspect is also involved: Creating more humanized robots (able to reason and showing human-like emotions) can be seen by some people as a way of playing God, which puts a brake to the adoption of these robots. 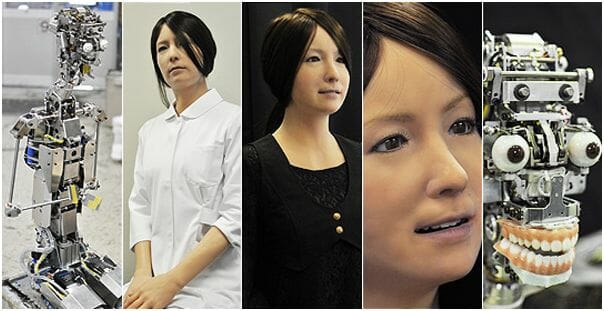 In addition to these social aspects, a lot of ethical questions come up:

Isaac Asimov, the famed science fiction author  introduced “Three Rules of Robotics” in his 1942 short story “Runaround” which was dedicated to help creating robots with the objective to protect people. The Three Laws were:

We are not in a science-fiction book, and these rules are clearly not applicable in our real world (yet) and current robots. Today, robots have the basic “intelligence” to implement such behavior, but sooner or later, robots will be smart enough to understand their environment, and decide their action on their own, in a human world. Acting ethically is a hope.

The complex thing is to understand how ethics could be computed: How is it possible to represent “ethics” and put ethical principles in a robot? How can we let robots understand their environments and differentiate between ‘good’ and ‘bad’ action?  By using machine learning and artificial intelligence it is possible to take cases of human ethical dilemmas and feed robots with these scenarios, in order to process these cases and let robots “understand” some ethical process.

We, humans, cannot act at all without making certain value judgments. That’s behind everything we do and is perhaps the most important thing that drives human behavior.  What could an autonomous robot do with inadequate or deviant behaviour? Would you accept a machine which is not driven by ethics telling you what to do in your everyday life?

As an example, a group of Swiss artists created an artificial intelligence bot dedicated to buy things on an internet underground marketplace. The group provided a budget of $100 in bitcoins per week to this “Random Darknet Shopper” AI bot. Once a week the bot goes on a shopping spree in the deep web where it randomly chooses and purchases one item and has it mailed to the artists. The artists receive (by postal mail) a lot of incongruous objects ordered by this Artificial Intelligence bot, some of which include counterfeit Vuitton bags, Diesel jeans, and drugs (Ecstasy pills). The letter containing drugs was seized by Swiss police, but also all objects bought by this Artificial Intelligence bot, and the PC where the AI was running too. This is the first Artificial Intelligence bot arrested by the Police!!!

“Can a robot, or a piece of software, be jailed if it commits a crime? Where does legal culpability lie, if the code is criminal by design or default? What if a robot buys drugs, weapons, or hacking equipment and has them sent to you, and police intercept the package?» These are some of the questions Mike Power asked when he reviewed the work «Random Darknet Shopper» in The Guardian.

New robots are becoming more autonomous, smarter, doing things on their own, and interacting more and more with human beings. Robots definitely need to follow some ethical guidelines in order to be better accepted by the society.

These philosophical, religious and ethical aspects are very complex, and the ethics issues must fully take their place in the “RoBIoTics” domain.

It is a fact that robots are going to be everywhere in the near future: For decades they were stuck in industry domains, but now robots are integrating, merging, and mixing innovation from a lot of different domains. They are becoming more specialized, more powerful and more efficient than ever, and are at the source of new emerging domains: Professional & Personal Services Robotics, micro & nano robots, robots dedicated to replace failed organs or augment human capabilities, etc.

If Service Robotics can be considered as a promising sector in the next few years, the convergence of many technological domains and innovation accelerators into a (meta-)domain I have named “RoBIoTics” is very inspiring and full of great promises.

The convergence of many heterogeneous business and technical domains are going to enrich the promised land of RoBIoTics: This mega-convergence will definitely create incredible new disruptions, and  RoBIoTics is certainly one of the most exciting new converging (meta-)domain of the next decades. 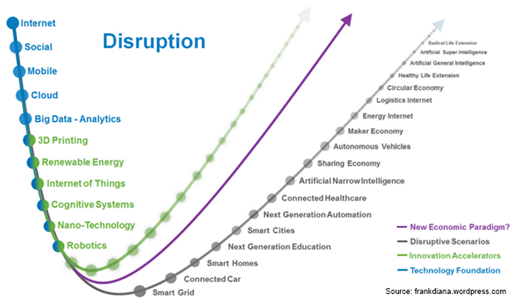