Recently I was at a New Year’s drink where I spoke with a line manager of a telecommunication company. He told me a passionate story that its employees are the gold of the organization. He stated that he is replaceable as a director but the employees of, for example, the call center are much more important than himself.

I asked him who has a higher salary within his organization, the best call center employee or a board member? Because if the president of a professional football club would tell such a story it would be credible. Messi is more important to Barcelona than the coach or even the president. Each supporter, read customer, will agree. So Messi earns more; that makes sense. 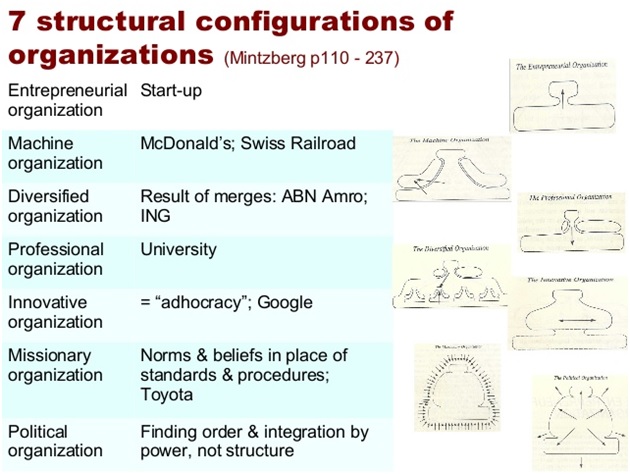 At a garbage processing organization, to mention just another example, the people who collect garbage are determining the quality of service towards the citizens, read customer. However, an individual garbage collector will not earn more than a manager of that organization. That also makes sense.

Apparently, there is a fundamental difference between a football club and a garbage processing company. In a football club, the performance is strongly depending on the quality of the professionals, which are not easy to replace. The customers know them by name. At a garbage processing company, performance is mainly depending on processes and tooling. The employees are just a link in the process. Customers don’t know the employee’s names. In terms of Mintzberg, it is the difference between a professional organization and a machine bureaucracy.

So, in the case of the telecom manager, the question is: what kind of organization are we talking about? His story suggests it is about a professional sports organization and that is exactly the image he wants. But the salary structure is more like that of a garbage processing machine bureaucracy. Which he obviously doesn’t want to be because that is not very sexy.

A realistic self-image is important for every person but also for an organization. It’s very hip and popular to look at your organization as an agile structure of self-managing teams, continuous learning and independently operating professionals. But it is equally important not to lose sight of what kind of typology your organization is and what the consequences are for the management style, ways of working and the salary structure.

To hold someone a mirror is often useful, but it doesn’t always make a drink cozier.