We recently talked to a client about measuring environmental conditions across a large remote area.  The client had been struggling with this problem for quite a while.  The client is closely aligned with the mining industry and stockpile material to dry over a number of years, once the material has been removed from the ground.  They needed to monitor the drying material for a number of different reasons, which include Health and Safety, Efficiency and Cost savings, among other reasons.  Once hearing the problem, we instantly thought about building an IoT device.

At Sogeti, we have a huge amount of expertise globally in IoT development, for many industries, including Auto, Electronics, Aviation, and Mining.  But to understand the problem (and potential solution) better, we decided to build our own device, end to end, to demo to the client.  I think it is fair to say that we did not realize a number of things we would have to learn.  We have skills in Coding, Electronics, Analytics, and IoT, in abundance.  But combining the skills required for IoT development brings many different skill sets together, which normally don’t work together.

We have documented the experience in a number of blogs, which you can hopefully learn from.  We will also tell you a little about the resources we used to highlight what you might need to do the same. 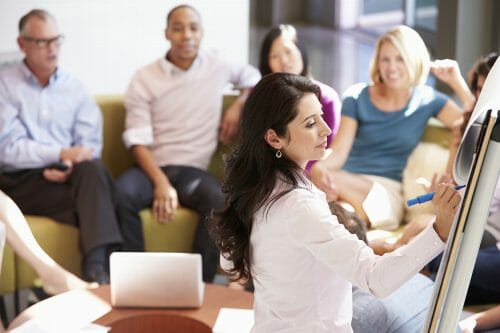 We met with the client in a mini workshop and documented the problem statements.  In short, they were:

We very quickly decided that an IoT device could capture the info we needed but there were a number of other issues to be resolved.  However, we already knew that the 3 environmental factors which would be most valuable to capture where Heat, Light, and Moisture.  All three of these have low-cost sensors available.As the areas in which the device would be remote, the IoT devices would most likely have to work on a battery.  We knew that IoT devices could be built to use very low amounts of energy.  Hardware components and coding would also effect this.

The remote locations also presented another problem.  How do we get the data from the devices?  We had 2500km’s to monitor, low energy and small devices (no wired networking or large aerials, etc…).  My fellow SogetiLabs colleague, Arnd Brugman, told me about a Lora network which they had worked with in the Netherlands.  We also talked to a cellular network provider about an IoT cell network which could also potentially solve the issue.  (For the PoC, we decided not to implement this functionality in phase 1.  We will work on this in a future phase).

We also required a simple way to store the data and report back.  So we decided that a cloud based Database (we used Azure SQL Database) would be best.  This would allow easy access from the devices, for the PoC, and would give us the flexibility to start small and cheap, then scale when required.  We also really like the mapping features of Microsoft Power BI and Power Map.  This is also cloud based (in the same Azure data centers most probably), so would provide us with easy access to the data.

Lastly, we were building something we wanted to show off to clients and others, so we needed to present it nicely and hide the electronics.  So we decided that a 3D Printed box would be a good way to present the device.