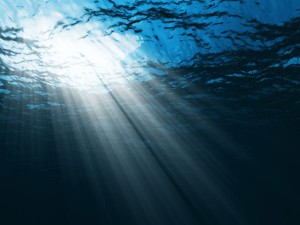 Approximately 72% of the Earth’s surface is covered by water: 97% salted water in the oceans and seas, and only 3% fresh water in different forms (lakes, rivers, snow, ice, etc.).

The oceans regulate and determine climate on a global scale, and it is a fact that major disasters happen when climate is deregulated: cyclones, storms, and coastal flooding. Destruction of wildlife due to global warming, changes in agricultural yields, extinction of species, and an increasing number of disease-carrying insects are also effects.

The Internet of Things is already a global phenomenon that is going to change our everyday life as much as our life was already revolutionized with the global use of Internet itself. What is called “Internet of Things”, or “IoT”, can be seen as billions of connected devices designed to offer new services in every aspect of our lives. These devices interact and communicate directly with other devices, sensors, actuators, the environment, etc.

As new IoT devices and applications are spreading across the world in every domain every day, and satellite connectivity allows connected devices to wirelessly communicate over the ocean to ships at sea (tracking and monitoring boats and containers), there is one place where IoT is not present – the underwater world.

Creation and development of this new Internet of Underwater Things ecosystem is needed to solve big issues. One of the biggest challenges is to allow these submarine IoUT devices to communicate wirelessly with each other and with the surface, as the aquatic conditions differ greatly from the ground.

Standard ground wireless communication, such as Wi-Fi radio or infrared signal, doesn’t work at all in the seas. Radio waves can be used to communicate underwater, but at very low frequencies. All these technologies have strong drawbacks: it is hard to reach more than a few feet into the depths, a lot of power is needed to communicate anywhere, and the information-carrying capacity of low frequencies is quite low.

Optical communication between devices, at a very short range, could be possible by use of highly efficient LED pulses or even lasers, but ocean water has widely varying optical properties depending on location, time of day, organic and inorganic content, or temporal variations such as turbulence.

Acoustic communication is another solution, as sound is able to travel vast distances under water depending on their frequency (whale songs can travel tens of kilometers). But even with this technology, issues exist, such as managing the effect of multiple reflections from the depths and surface and the deep water environment vs. the shallow water environment.

The so-called “silence world” could become as noisy as an airport (for submarine ecosystem) in the decades to come if acoustic communication is generalized in the depths, or even “the biggest nightclub of all time” if optical/LEDs & laser communications are entering the party.

But we are far from it now. Worldwide, research is in progress to solve technical IoUT issues such as reliable communication and energy efficiency.

–       In the US, a Buffalo R&D Lab is working on a variation of TCP/IP protocol suitable to acoustic communications.

–       In Europe, a European R&D project named SUNRISE is working in Sensing, monitoring and actuating on the underwater world through a federated Research Infrastructure Extending the Future Internet. The SUNRISE objectives are to develop:

The Internet of Underwater Things promises to connect the 72% of our planet still disconnected to our ground living connected world, and even if we are still at the very beginning of the journey, IoUT will create new sets of submarine connected devices, sensors, and actuators.

The new IoUT opportunities are endless, and this 6th continent is vast. Be ready, the race of IoUT devices towards the Abyss is just starting! 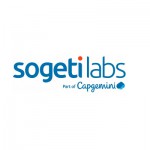