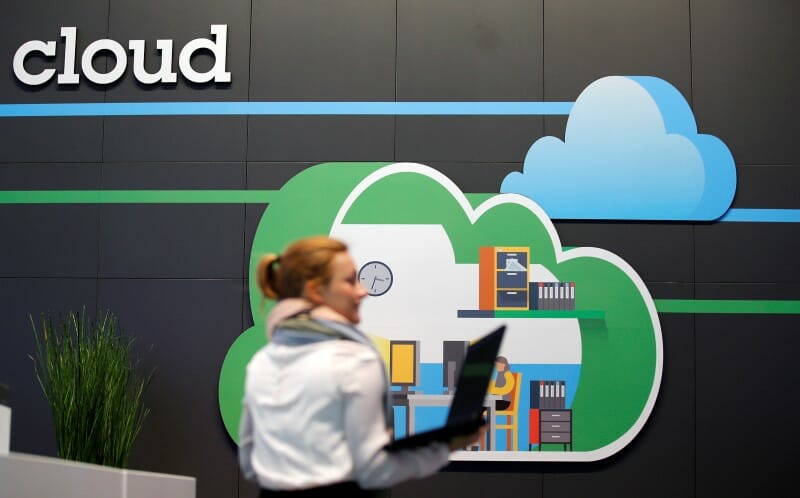 A women holds her laptop as she walks in front of a cloud computing logo at the booth of IBM during preparations for the CeBIT trade fair in Hanover, March 9, 2014. REUTERS/Fabrizio Bensch

SAN FRANCISCO (Reuters) – IBM’s efforts to bolster its cloud offerings could get a boost from new developer tools it is unveiling on Thursday.

The tools are aimed at helping IBM stake out more of a claim to an area key to its growth: the network of computers known as the cloud, where its customers are increasingly stashing more of their data and computing work.

In doing so, they often sidestep more expensive IBM technology, meaning IBM needs to bolster its own cloud offerings to compete.

Internet-based companies like accommodation service Airbnb and ride-service Uber have relied heavily on cloud-based software development. As well as attracting developers who work on projects for newer companies, IBM hopes to attract more established companies with which it has long-term relationships.

“IBM has a tremendous asset,” Derek Schoettle, general manager for IBM’s analytics platform and cloud data services, said of its customer base. “Helping them taking advantage of cutting-edge data services is a built-in advantage.”

The offerings compete against toolkits offered by Microsoft and others, he said, but offer more management.

Once built on IBM’s platform, the apps will be compatible with services offered by many cloud providers.

When IBM reported its financial results last month, it said that while revenue fell overall to $81.7 billion for the year, cloud revenue grew 43 percent to $10 billion.