BOOM! By starting to read this article, you’ve already unlocked your first achievement. By the time you get to the end, you will have earned 15 XP points. Sharing the article on social media will net you an additional 25 XP points. And if you manage to get 10 likes, we’ll throw in another 50 XP points!
See what we did there? Gamification. Simply put, gamification is when we introduce a playful or competitive element to a system or activity, to enhance loyalty and audience engagement.

Gamification is often thought of in consumer and branding context, where the ‘game’ aspect is meant to elevate brand loyalty or incentivize additional consumption. We all know a big or small retailer that has a loyalty card. You gain points through regular shopping or collect them through special actions. When you’ve built up enough points, you redeem them for a discount voucher, a free product, or any other incentive they can come up with. Sounds simple enough, right? This whole concept is based on gamification: you gain points through participation, you gain even more points if you go the extra mile, and there’s a prize at the end.

A variety of sectors have long used the innate desire of people to ‘play & compete’ to advance their business – and so could testing. Although a certain degree of gamification could be implemented throughout a variety of test levels, Acceptance Testing is a prime candidate for it.

A few sectors already make very clever use of the gamification of their acceptance tests, the video game industry being a prime example. Anyone with a sliver of affinity with gaming, has undoubtedly already heard the concept of ‘beta testing’, ‘closed beta’, ‘flighting’, or the Microsoft Insider Program. These are massive end user acceptance tests, all geared around specific benefits ranging from early feedback to deepening the brand or product connection. While a lot of these acceptance tests are usually geared towards external end users or potential clients, a lot of the benefits of gamifying your acceptance tests remain equally valid if applied to internal end users.

By gamifying acceptance tests, companies could see the following benefits:

By adding a layer of gamification, our brains automatically connect a product or brand to a positive sentiment. It is something that engages us and is therefore desirable.
Some forms of gamification go even further than the traditional ‘reward’ mechanism and have the goal to create exclusivity as a base of competition. In some cases, tests are ‘invite-only’ or require some form of tenure with the brand in order to be eligible.
Taking the Microsoft Insider Program as an example, there are multiple ‘levels’ participants can take part in, ranging from Alpha to Omega. Where the Omega level is open to anyone, the Alpha level is invite-only, and the Beta level requires a 3 month or more program tenure. Each level obviously comes with its own perks & rewards, making the ‘early’ levels all the more exclusive and desirable. By using the basic laws of economics in their advantage and artificially creating this exclusiveness, Microsoft succeeds in getting free early user feedback, while simultaneously increasing brand loyalty.

As the test organizer controls the test setting, they have a very high influence on how participants feel about issues and defects. When properly framed, a defect is no longer seen as something negative or a flaw – it is rather a small bump in the road, that we’ve now caught during trial. The user is expected to find issues and is rewarded for it. In this sense, the brand issuing the test carefully ‘controls’ the launch of its product. A gamified acceptance test can be the difference between the failed launch of a bug-riddled product, or the successful go-to-market of a product that has already received the seal of approval by its end users.

Involving end users early on, generates a sense of ‘co-creatorship’ that creates direct buy-in with the testers. Any issue they find will benefit product quality and any additional feedback they might give, is likely to be incorporated in the final product. By doing so, they are not building a product, but rather their product.
In some cases, this buy-in can be converted into lock-in. A prime example here comes from the video game industry. Testers are not only given early access to the product, often their progress and gameplay results will carry over into the final release, incentivizing them to also invest in the final product.

In some cases, gamified beta tests are the only way to put your product or service under realistic test conditions. If you have a very complex product that will be used by hundreds of thousand of users, it is unlikely your system tests will cover every potential scenario. In this case, an open beta test can provide you with a battery of ‘testers’ that would otherwise be unaffordable or unobtainable. By adding the gamification aspect, chances of the beta testers being active testers, drastically increases.

If people can gain rewards by pointing out a mistake you’ve made, you better believed they will be very inclined to do so. Just like the drive to participate and compete, quickly spotting another person’s mistakes is inherent to human nature. By (ab)using this phenomenon, gamified acceptance tests result in early, qualitative feedback that might have gone uncaptured in previous testing phases.

In cases where it is required, you can use a gamified strategy to direct tester focus where you want it. For example, you could introduce different tiers of reward linked to the type of issue found. If testers find a minor cosmetic bug, they’ll receive a smaller reward; if they find a crucial issue that crashes your entire application, they get a big reward. By tuning your gamification strategy appropriately, you can manage your testing as efficient as possible. A good example here is the Apple Product Security method – an open bug bounty program that offers rewards going up to 1 million dollars, depending on the flaw discovered.

Whether you are creating a product or service for an internal or external end user or customer, gamification is usually an option. While the reward & incentive scheme will need to be customized to the product at hand, the list below shows some examples that could serve as inspiration. Note that not all incentives or rewards need to be monetary or tangible – there are plenty of other incentive options.

Gamifying your test strategy is only limited by your imagination or creativity. No matter what product or service you’re testing, or what test level you’re at, adding a splash of gamification will boost the results – after all, playing games is in our DNA. 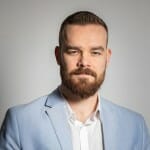 Steve is a strong advocate of Quality Engineering throughout all phases of the SDLC. With almost a decade of background in Digital Assurance & Quality Engineering, he has gathered experience through various roles within the craft: Test analyst, Test Manager, Program Quality Manager, etc. Steve has fulfilled these roles across multiple domains of the Retail sector, including Mobile, Digital, In-store Operations, Supply Chain, Marketing, Warehousing, etc., making him an SME in the field. Additionally, Steve is head of the Belgian Software Engineering Certification Board, guiding and coaching others on their learning journey. Steve is driven, dedicated, and always eager to learn – all while bringing a healthy dose of fun and enthusiasm to the table. Passionate about technology, innovation – and video games.