In the day and age of connected devices and the IoT revolution, there are a lot of concerns around privacy. As consumers, we are caught in the balance between privacy and convenience. Companies such as Google have to push this balance to develop innovative and sometimes creepy technology, often at the cost of our data. Today, we are going to focus on the Google Home, and whether its “always listening” capabilities are spying on us. 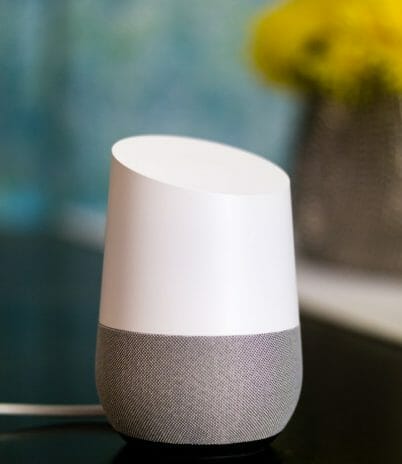 If you own a Google Home or Amazon Alexa, you may be aware that it’s always on standby waiting for your every command. The device is always listening and recording to a small buffer and analyzing the recording for the “Hot Word”. For the Google Home this is a simple “Ok Google” or “Hey Google”. According to Google, “Those snippets are deleted if the hot word is not detected, and none of that information leaves your device until the hot word is heard.”

I captured the amount of data being sent between the device and Google for 940 seconds. During this time, I tried a few different things to see if it was spying on me in between commands. The timeline is as follows:

As you can see from the graph above, we have sharp spikes of data being sent around the times the hot word and commands were sent. The Google Home performed as expected. As the device booted up, there was some data transfer, otherwise the network was relatively quiet between commands. We also proved that when the device microphone is muted, none of the hot word triggers or talking caused an increase in network traffic.

Can we trust them?

I don’t think so. I think it’s okay to have a healthy amount of skepticism before inviting companies into your home and selling them your privacy. While devices such as the Google Home may be well designed, security tested, and care about your privacy, others may not. In this world of internet connected cameras, locks, cars, etcetera, you should care what’s being sent over the wire and what that company is doing to protect you and your privacy. Consumer demand for these conveniences is outpacing our concerns, and many companies are cutting corners in regards to safety and privacy. Let me know in the comments what devices you would like tested next.

Amir is a self-driven entrepreneur with a passion for technology. He has extensive industry experience through the company, which he co-founded, GT Media. While at GT Media, Amir acquired over 250,000 users with his popular Android applications SeekDroid and Woot Check. In addition, he has also developed many consumer facing mobile applications for other companies such as Virgin Mobile. In his current role with Sogeti, Amir has utilized his customer-centric and user experience background to help grow online retailers. As an entrepreneur, Amir is self-motivated, quick to learn new things, and can deliver under pressure. He always makes it a priority to pay attention to details in order to deliver great products.