The Sogeti Testlab Hub Stuttgart wants to give you a short and practical guideline for the standard test levels used in agile SW-Projects.

Diagram 1: The Test Pyramid – Unit testing should create a solid fundamental of the all over test coverage

The hints and recommendations presented here are based on the experience of several testing workshops done with developers and test automation Experts in international projects with different Sogeti clients in the last year. As shown in the Test pyramid let’s start with the essential and basic test level, the unit test.

This blog doesn’t regard the structural aspect but will discuss the methodological aspects of the functional unit test as listed in the test framework below (Diagram 4).

As seen in the diagram above unit testing should comprise of a structural test executed for example by a structural code analyzer like SonarQube following the rules of the structural testing and functional testing using Frameworks out of the X-Unit framework catalogue. This blog talks about a methodological toolkit the developer should know and use in order to write trustworthy and purposeful test cases with his automation-framework.

Diagram 3: The unit test in the context with the user’s view

The unit test will prepare and control the GUI-based testing.

This definition allows distinguishing the unit test level from the integration test level by indicating the fact that the unit tests build on a total data control organized by the developer and executed by the test framework. Each run of a test case has to produce the same result based on the same input test data. The exception will be discussed later. What are now the basic test objects to be verified by unit testing?

For the functional tests the following three test objects will be mainly addressed:

A risk-based approach can be used by analyzing the test objects concerning their complexity and criticality.

According to Martin Fowler you may find two “schools” of unit testers in the programming community.

The “classicists” accept the dependencies of the tested classes to other classes and open the data interfaces. So they don’t use test doubles and are working with the test data provided by the neighbor-classes. They are doing sociable tests.  (i.e.: price method invokes functions from the product and customer class). Prerequisite: The data resource must be stable in order not to violate the definition given by Roy Osherove.

Following strictly the definition of the unit test and using stubs and mocks to isolate the class tests and keeping a total control of the test data.

A risk-based approach can be used in order to analyze, evaluate, control and manage the test objects. Two characteristics of the test objects have to be understood: Complexity and Criticality.

According to Robert Binder, 2000, the complexity of a class consists of the 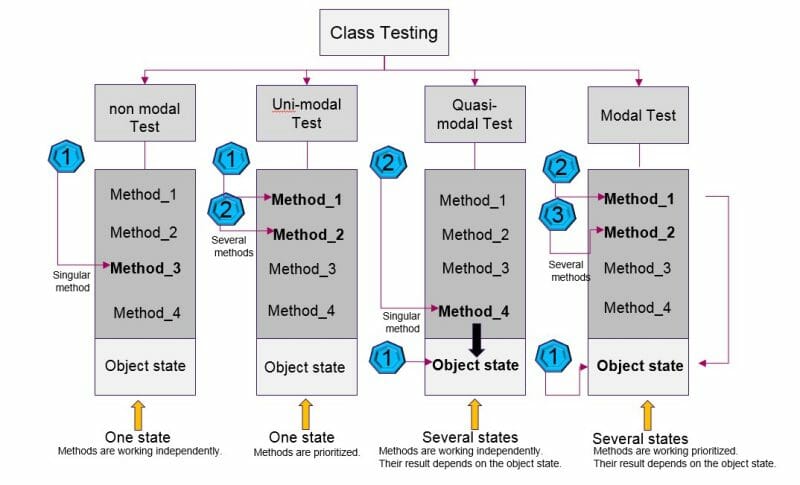 The criticality describes the degree of the significance of effects of the defect from a business point of view. As we see in the following risk matrix the developer should evaluate for example on the method level the business criticality in order to derive the test intensity. The complexity can serve as a scale for the probability of occurrence.

For the Practitioner, it is worthwhile to design a risk matrix in order to do a small risk assessment of his classes and methods under test in order to know how deep the test of the objects should be and not to waste time for useless testing preparation. In one of the next blog, a short intro into a risk assessment and risk evaluation scheme will be given.

During our unit-test workshop, the following six systematic and methodic  steps to achieve unit testing ready to be automized has been proven as a Best Practice Approach:

Use or write requirements…

For the test design of the functional test cases, specification-based test methods can be used as shown in the following diagram. Above all, for the implementation of business critical processes (BCP) it is worth to define explicit requirements written by a requirements engineer or the developer himself to have a clear and solid test base.

Write logical test Cases first…. A basic test technique is the equivalence class technique, where test data are classified in all general cases that the system has to cover. In one of our examples, we used this test technique in order to test data file handling. As you see in the following table we define 1 plus 7 logical test cases to cover all scenarios the test object has to deal with.

Conclusion and Prospect: The unit test is the essential test level as the test pyramid shows us and the developer should get aware of this fact and his responsibility. Test cases should be prepared by a systematic approach. A methodic 6 step approach as shown in this article is the appropriated best practice to assure a solid functional quality of the programming code.

In the next blog, we want to discuss a practical approach to a user story acceptance test which is the complementary test level to a unit test within a sprint cycle. 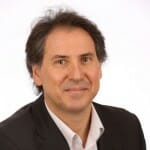 Stephan Schramm is currently working for Robert Bosch projects at Stuttgart in the field of BI/Big Data/Data Lake/SAP environment and Intralogistics/DevOps/Deployment pipelines/in a µ-Service/Jenkins/Docker Architecture-environment. His main topics are currently the modelization of a Quality based Test fixture all along the Production Development process and Deployment pipeline applying a DevOps approach.