If you’re reading this, I think it’s safe to assume you’re a human being. The thing with human beings is that they need problems and will always have problems, we’re simply wired that way. There is however a very big difference between problems. It’s easy to imagine that a homeless person has money problems but if you think about it, the world’s richest people i.e. Bill Gates & Jeff Bezos also have money problems. Therefore you could say that you should always be upgrading your problems to better problems.

Now, whilst keeping in mind that the brain is wired to look for problems everywhere, let’s look at a study called “The Blue Dot Effect(1)”. Participants in this study were given two buttons, one to press when the dot they were shown was blue, the other button for when it was not. Sounds pretty simple so far. The control group was shown a similar number of blue dots throughout the experiment. For the other group, however, the number of blue dots was decreased. Interestingly enough, the second group kept pressing the “The dot is blue”-button as frequent as they were, even though they were shown fewer dots that were blue. As the prevalence of the blue dots decreased, the definition of blue expanded simply because of the expectation. When the frequency blue dots increased the definition narrowed again.

Now you could argue that blue dots don’t have a lot of impact on our society and I would probably even agree with that. Where this gets interesting though is when this concept was applied to human faces and later on with human behaviour. Let’s replace the blue dots with threatening faces. As the number of threatening faces decreases, the definition of a threatening face broadens. Isn’t that interesting? Specific faces or behaviour that was once considered to be OK suddenly isn’t anymore, simply because it’s showing up less. Another study on behaviour showed the same results.

The implication of this research is that when society gets safer, we don’t feel better about it. We simply decide that some things that weren’t as bad, suddenly are. Some examples that Mark Manson uses in his book “Everything Is F*cked: A Book About Hope (2)” are how words are now considered violence. In some cases, people see questions as violence, they consider reading about racism traumatizing. If you extrapolate this, when society becomes even safer than it is now, we could reach a point where slapping someone is considered as bad as we consider killing someone in the current standards.

Now if we return to the point I started this blog post with “the brain is wired to look for problems”. And you consider that modern society is very comfortable, you can have delicious food delivered by touching a screen with your finger whilst your tv is showing exactly what you want because you’ve just pressed that as well… Your brain is going to find problems for you that are simply put; plain stupid. If you don’t go out of your way to choose your problems very carefully, your brain will worry about how your Instagram following isn’t growing quick enough. Or suddenly you’re worried that your post on Facebook doesn’t get enough likes and you’re afraid you cannot impress your co-workers.

Think about this blog post the next time you have a part of your day ruined by that one guy on Twitter, since if you don’t choose your problems carefully, that one thing they said might become awfully important to you! 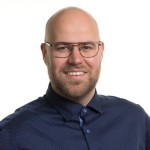