Whenever we purchased goods or products digitally, the customer usually does not become the owner of the product.

Instead, the user is given access to their personal materials, but ultimate ownership still lies with the producer.

This is why we refer to most of our digital assets as “in the cloud.” It is managed by the host and abstracts responsibility away from the customer.

This is important for companies to control their liability and provide a good service.

The current model, however, does not offer an opportunity for customers to become owners of their digital assets.

A great example is the developing case court case between Epic and Apple (and Google, to a lesser extent.)(1)(2)

“It is impossible to separate the iPhone from Apple. It is the same with the Fortnite skin from Fortnite.”

Distribution of 3rd Party software on the iPhone has a single source: the Apple App Store.

Apple’s primary value as a brand, which earns them customers, year and year?

This is a reasonable approach, to help protect customer’s sensitive information. It is difficult for the average consumer to be aware of the many pitfalls. Apple takes ownership of the customer data privacy issue. By controlling the entire vertical, Apple is uniquely qualified to deliver on this promise. (3)

For Apple, the users of the App Store are developers. (4) Apple asks for 30% of every transaction through its platform. Not just App Store purchases, but purchases within the Apps themselves. (5)

Epic seems to be questioning whether this is a fair and equitable practice.

The primary market where Fortnite flourishes is the iOS / iPhone market. As you remember, there is a 30% transaction fee, which Epic has been forced to pay for each of these in-app purchases.

Fortnite has a lot to gain by challenging the current transaction fee. In 2019, Fortnite brought in revenues of $1.8 billion. (7) And, Apple has a lot to lose. They are estimated to have made $360 million over the lifespan of Fortnite stay on iOS. (6)

To try and turn the tides in their favor, Epic was very intentional with their approach of challenging Apple.

First, Epic released a 3rd Party Payment method within its iOS Fortnite App. This even came with a discount, to encourage using this 3rd party payment method (roughly equal to the 30% transaction fee).

This is specifically in violation of Apple’s policy for apps, as all apps must use Apple’s secure payment process. Many 3rd Party App developers are capable of building a secure payment channel.

Epic knowingly provoked Apple with this bold violation of policy. In response, Apple revoked the game from the App Store.

Epic is leveraging its platform to send a message about Apple’s practices. Along with a video release that mocked Apple, Epic filed a lawsuit against Apple for “anti-competitive practices” and a “monopolistic” approach to their governance of the Apple App Store.

Fortnite has become the home, stage, and media megaphone for The Avengers, the NFL, Deadpool, Travis Scott and Pennywise the Clown. Fortnite’s broad appeal means that players are looking for a unique character to make them stand out. The more characters, the better. Fortnite continues to offer new skins, which means more opportunities for Epic to capitalize.

What are customers really buying, when they pay money in Fortnite?

Frequently, players pay for digital outfits, characters, and expressions. All of these assets are associated to your personal Fortnite Account. As a player you have access to an account, but you do not own it.

When reading “Terms of Service” agreements, this is what is agreed upon. You have an account, which gives access to Epic Game’s managed servers. Epic maintains ownership of those servers, which also holds them responsible for any issues. Ultimately, you don’t own any piece of the account. This means that the digital property can be seized, without contention.

It is notoriously difficult to transfer digital goods or assets, even as the owner of the account.

To maintain the best security practices, these companies would not consider allowing a transfer of assets.

This is a difficult situation for a customer. And, it is not very different than what happens with Apple’s iPhones. While an iPhone customer is technically also an “owner”, the phone is still highly managed by Apple.

It is impossible to separate the iPhone from Apple. It is the same with the Fortnite skin from Fortnite.

This is where true digital ownership can step in and cut through the noise.

True customer ownership can be assured without the need for a guardian company, while maintaining security through all touch points.

The technology companies we rely on thrive by building an ecosystem that is self-contained.

This can be perceived as anti-competitive practice, but it is also a best practice for assuring efficiency and security.

While a managed solution is usually a good one, giving multiple options is a great way to build customer loyalty.
True digital ownership is attainable in a secure, reputable, repeatable way.

We will explore the technology solution, in the next article. 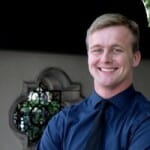 Steven is a passionate technology advocate; eager to discover ways to transform businesses and their processes. Guided by a user-centered approach, Steven approaches problems with a desire to understand the essential problems facing customers, businesses, or users of a system. An undergraduate of the University of Texas at Dallas class of 2017, Steven has a solid technical background with a Bachelors in Computer Science. Through his courses he built software using various programming tools, and was able to learn Tensorflow, OpenCV, and Unity. Outside of class, Steven explored Machine Learning in more depth, and participated in Kaggle competitions to learn more about the growing field. Starting with Sogeti in the Summer of 2017, Steven has been focused on work related to Application Development, Cloud Development, and Test Automation. Blockchain became an increasingly popular topic at the beginning of 2018. To keep pace with the trend, Steven learned Ethereum, Smart Contracts, various Blockchains and Cryptocurrencies, and presented a TechNight on the topic, during the Summer of 2018.