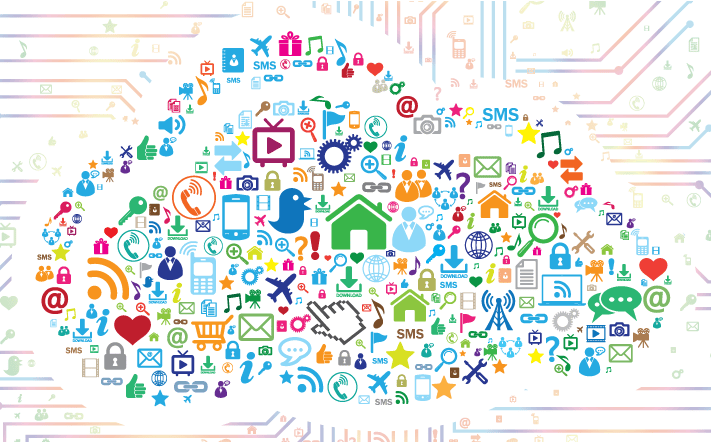 When did you have a truly clarifying conversation around IT-related high-order concepts? I mean for instance Big Data or the Internet of Things? Since June 2011, the website Whatsthebigdata.com is dedicated to this specific moving target. It’s a pet project of Mr. Gil Press, Forbes columnist and former Senior Director Thought Leadership Marketing at EMC Corporation. In October 2015, Dell bought EMC – famous for its Data Lake 2.0 approach – at a staggering 67 billion dollar, which qualifies as the largest deal in tech history ever. Image credit : google images

This conclusively indicates that Big Data means Big Money, and that its importance is only about to grow. One month later however, Textio and BloombergBusiness noted that Big Data in 2015 had lost over 35% as a prominent buzzword in tech job postings. Gil Press commented:

‘Two years ago Big Data was everywhere. Companies bragged about using it. New investment funds and top 40 bands were named after it. Engineering job listings containing Big Data were significantly more popular than those that did not. But today, Big Data has become so highly saturated that its use has passed into cliché.’

Textio and BloombergBusiness’ top winners were Artificial Intelligence and Real-time Data, which serves to show that Big Data has made it to the next level of Insight and Analytics. The ever so famous World Wide Web, dub-dub-dub, or simply Web went the same path and is today being overwhelmed by the mysterious Internet of Things; more accurate of Things and Sensors and Actuators (Vint Cerf); and on a high level of Things and Services (Bosch). That is quite correct since many other protocols have enriched TCP/IP and overtook the dominance of simple HTTP. Most non-technical people don’t care – which means don’t want to understand this – sometimes to the effect that IoT is being ridiculed as the Internet of Thingamajigs.

Around 2006, after Pervasive Computing, Ubiquitous Computing and indeed the Internet of Things, the notion of Cyber-Physical Systems (CPS) was introduced to eradicate confusion, to repair all damage done and to reconcile viewpoints. But terminology is hard to get rid of, and CPS developed as just another buzzword, next to the Industrial Internet, the Industrial Internet of Things, Industry 4.0, and – let’s not forget – the amazing Internet of Everything.

Even to experts it has become a quite confusing landscape. In May 2014, Sathish AP Kumar of Coastal Carolina University, a Senior IEEE Member and a University Senator raised this question on the scientific community website ResearchGate.net: ‘I am hearing the terms Internet of Things and Cyber-Physical Systems interchangeably and wondering what exactly the difference between these terms are?’

Afer a few weeks, Mr. Kumar, who works in the fields of Cyber Security, Cloud Computing, Big Data Analytics, and Bio&Health Informatics, was the first to answer his own question by referencing slide #10 from a presentation called the ‘Internet of Things towards Ubiquitous and Mobile Computing.’ It was delivered by Professor Dr. Guihai Chen in October 2010 at the Microsoft Research Faculty Summit in Shanghai.

Dr. Chen’s explanation goes like this: the Internet addresses the Cyber World and the Internet of Things the Physical World, aiming at Ubiquitous Connections. Now, as the notion suggests, Cyber-Physical Systems combine the two, aiming at what Mr. Chen calls Harmonious Interactions. Go draw these relations and you have slide #10. The distinctions, overlap and directions are very clear, especially when considering what Mr. Chen had pointed out just before. 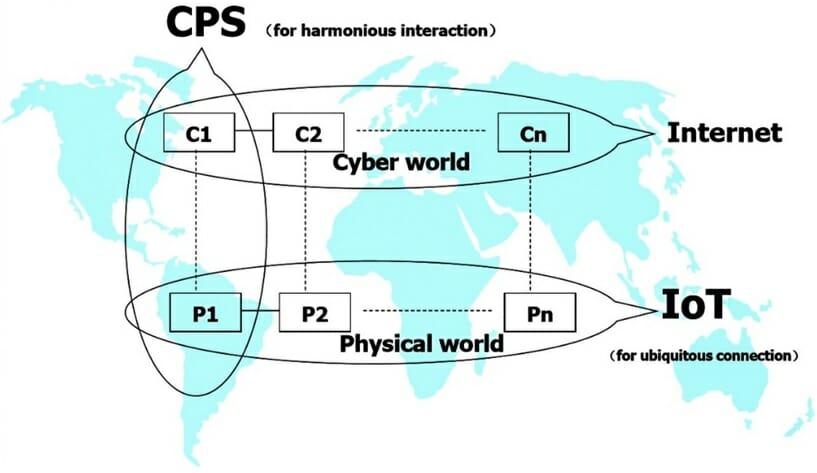 More than a year later, in August 2015, Mr. Nikos Pronios from Innovate UK, brings Industry 4.0 and the Industrial Internet of Things to the table in the ResearchGate discussion thread. Thereafter, Dr. Imre Horvath, a professor at Delft University of Technology, further enlightened matters with a short remark: ‘We may consider in our discussion the growing level of synergy between the physical hardware (both analogue and digital), the digital software (control, middleware, application programs), and the cyberware contents (media, data/info, codified knowledge, concept ontologies, learnt agency).’

Eventually, in November 2015, our attention was drawn to a special Elsevier science magazine issue on the combined topic of ‘Cyber-physical Systems (CPS), Internet of Things (IoT) and Big Data. The special issue of ‘Future Generation Computer Systems – The International Journal of eScience’ will be published in October 2016, and the webpage contains this extensive clarification:

‘Cyber-physical Systems (CPS) are emerging from the integration of embedded computing devices, smart objects, people and physical environments, which are typically tied by a communication infrastructure. These include systems such as Smart Cities, Smart Grids, Smart Factories, Smart Buildings, Smart Homes and Smart Cars.

The Internet of Things (IoT) refers to a world-wide network of interconnected heterogeneous objects that are uniquely addressable and are based on standard communication protocols. These include sensors, actuators, smart devices, RFID tags, embedded computers, mobile devices, et cetera.

The design of Cyber-physical Systems and the implementation of their applications need to rely on IoT-enabled architectures, protocols and APIs that facilitate collecting, managing and processing large data sets, and support complex processes to manage and control such systems at different scales, from local to global. The large-scale nature of IoT-based CPS can be effectively and efficiently supported and assisted by Cloud Computing infrastructures and platforms, which can provide flexible computational power, resource virtualization and high-capacity storage for data streams and can ensure safety, security and privacy.

The integration of networked devices, people and physical systems is providing such a tantalizing vision of future possibilities that IoT is expected to become a vibrant part of the digital business landscape.’

All in all this is inspiring guidance for coming to grips with Information Technology and ‘Anything Internet’ in 2016.

You can also listen to the podcast on http://ow.ly/UXtD3.