Morning. I was talking to ChatGPT earlier today about the possibilities for time travel. In CGPT’s opinion, time travel doesn’t seem feasible unless some disruptive new invention appears.

Since time travel isn’t here yet, I asked CGPT to write a funny movie plot about time travel for me. Think Hot Tub, Time Machine, only not as high-brow. Anyhow – here’s the dialogue with this OpenAI technology. The bolded text represents the ideas I liked most to advance the plot. The highlighted text is my single creative contribution to the entire damn enterprise.

Doug: Can you suggest some funny movie plots that involve time travel, even if stupidly implausible?

Doug: I like the idea of the friends traveling back in time to the Middle Ages accidentally. Can you suggest some funny plot twists involving the Queen taking a liking to one of the friends?

CGPT: Sure! Here are a few funny plot twists involving the Queen taking a liking to one of the friends:

Doug: Good ideas. what if we combine ideas #2 and #3 — the Queen pursues the friend romantically, but only as a pretense to gain more power. What might dangerous plot twists that end up funny might occur?

CGPT: Here are a few dangerous plot twists that could end up being funny if the Queen is pursuing the friend romantically as a pretense to gain more power:

Doug: What about accidentally bringing the Queen back to the present?

CGPT: If the friends accidentally brought the Queen back to the present, it could lead to a number of comedic misunderstandings and mishaps as she tries to adjust to life in the modern world. Some possible plot twists involving the Queen in the present could include:

That’s as far as I pursued the exploration of the plot.

In all seriousness, the implications of ChatGPT appear to be of major significance. According to Wikipedia, CGPT leverages several AI/ML training techniques:

…[It uses] supervised learning as well as reinforcement learning. Both approaches used human trainers to improve the model’s performance. In the case of supervised learning, the model was provided with conversations in which the trainers played both sides: the user and the AI assistant. In the reinforcement step, human trainers first ranked responses that the model had created in a previous conversation. These rankings were used to create ‘reward models’ that the model was further fine-tuned on using several iterations of Proximal Policy Optimization (PPO). Proximal Policy Optimization algorithms present a cost-effective benefit to trust region policy optimization algorithms…

So, if I understand this correctly, the human-like responses were assisted with real human oversight. One wonders: when will human guidance be of diminishing returns to the machine’s models?

If you’re interested in seeing a forthcoming white paper on this topic, please email me at doug.ross@capgemini.com. Thanks for reading. 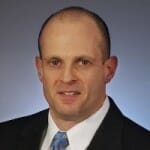 Doug Ross is the former CTO at Western & Southern Financial Group, a Fortune 500 diversified financial services company. While there, Ross won a ComputerWorld Premier 100 Award as well as an SMA Innovation in Action Award for innovative solutions that helped the organization open new and highly profitable distribution channels.