Recently, Hacking Health Camp 2018 took place in Strasbourg over a period of 49 hours.  The objective of this hackathon was to build a prototype to improve healthcare.

Earlier in March, our local Innovation team met with Pr Frederic Bodin, a plastic surgeon in Strasbourg. As a part of their daily routine, he and his team of surgeons take around 5 to 10 pictures of patients’ body parts, before and after surgery and see up to 10 patients a day each. Once a week, they review patients’ pictures for the upcoming week, which can represent 100 to 200 pictures to see in less than 2 hours.

He first imagined a solution using a digital camera with a Wifi SD Card, thinking smartphones wouldn’t be secured enough. He also was against using cloud because of medical rules.

Three members of our local Sogeti Innovation team, Vincent Marceddu, Mohamed Zeamari and Alexis Schutzger decided to compete in the Hacking Health Camp Hackathon with Pr Bodin to help him build a solution. With the help of Julien Muller, our Microsoft Architect, they have prepared a solution based on Xamarin forms mobile app and Azure.

During the weekend, they went further validating their technical choices. They were joined by a designer, Jerome Levasseur and a BizDev, Matis Ringdal who helped market the project. Thanks to a specialized medical lawyer, they convinced Pr Bodin that Cloud solution can be used and it complies to “HDS” (French Healthcare Data Hosting rules).

Then, they imagined a 4-step process:

The last step that couldn’t be accomplished during the weekend will be to use Vision API to suggest tags to a surgeon, for example detecting an arm or chest. The main goal was to display a surgery’s tag list related to the body parts and therefore, speed up the process of indexing.

After 49 hours of work, the team won 2 prizes, a 10.000 € fund to build the project from HUS (Hospital University of Strasbourg), and a five-month coaching to build a start-up form SEMIA, local incubator.

Congratulations to the entire team for their innovative work! 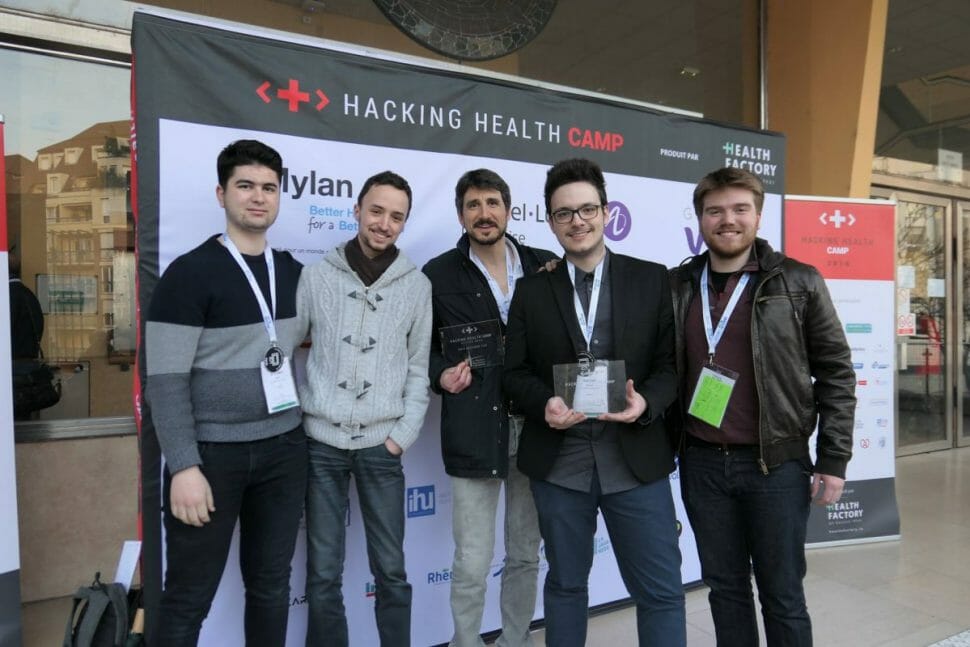