I will try to give you a beginner’s overview of what Blockchain, Cryptocurrency and Smart Contracts are. I will also touch upon opportunities the technology brings. 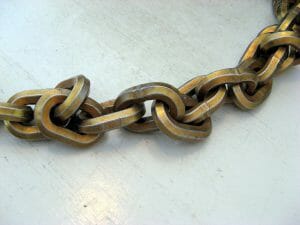 So if you are familiar with Blockchain – spend your time on another blog.

Blockchain makes it possible to transfer value from one person to another without intermediaries by having a distributed public ledger. Compared to a regular account-to-account transfer both banks are made redundant. And it takes no more than 10 minutes before the transfer is permanently confirmed in contrast to the two to three days it easily take a bank transfer to complete.

Blockchain is dependent on strong encryption 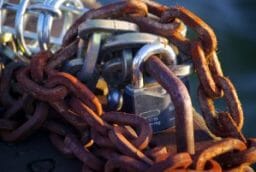 One of the main ingredients in this technology is strong encryption. To access a Blockchain Account, you must know the code. If you forget the code, the value of the account is forever “lost”. There is no account manager (bank) to issue a new password. Some systems, however, allow to print an emergency code that can be used to restore a forgotten password (the version I’ve seen, it sends a full A4 page with random numbers and letters directly to the default printer defined on your computer – good luck entering some 4000 characters without typos …)

Blockchain has a cryptocurrency

A cryptocurrency is an integral part of a Blockchain. The first, most common and therefore most famous is called Bitcoin. Bitcoin is often maligned for being a cryptocurrency that is used for money laundering and for payment between criminals. Because it is possible to stay anonymous as both recipient and sender of Bitcoin. The same possibility exists, however, with the use of cash or other physical values such as gold, diamonds and so on. It just takes much longer to move values to the other side of the globe with physical values than through the Internet.

However, the moment a criminal wants to exchange from Bitcoins on Blockchain to for example dollars in a bank he will be identified. That removes the option to remain anonymous. Nevertheless, as long as everything can be run in a closed system the anonymity is intact.

Can you hack the Bitcoin and Blockchain?

Besides Bitcoin, there are an increasing number of active Blockchains. In my opinion, the most exciting presently is called Ethereum. Ethereum is designed to support smart contracts and not so much to be a cryptocurrency. The Danish tax authorities are very interested in smart contracts. They are considering among other things, to replace the vehicle registry to remove any doubt on car ownership.

One could also imagine a type of smart contract between property owners and tenants that can eliminate Airbnb. If such a smart contract is coupled with a smart door lock, it can all be automated and without the possibility of fraud – and perhaps add a smart contract for cleaning in the loop.

A driverless car could enter into a smart contract with a customer and perform taxi services if the owner permits. Again without the possibility of fraud. The car can even get its own Blockchain account and pay for energy, washing, parking. Maybe even pay interest and principal payments on a car loan. If the car earns enough, it could perhaps buy a second car by itself…

A snake in paradise

In a few years, the emergence of a functional quantum computer requires changes in all existing Blockchain systems. Blockchain is developed as a democratic system. All changes need to be approved by a majority of the computers that are part of the system, before they can be implemented. This is paradoxically the biggest problem for the most widely used and thus today safest implementations.

I hope this brief post has given you an understanding of what Blockchain is. And perhaps a glimpse of the potential the technology holds.

You can find a lot more interesting information in our Research Report on the same topic.