Blockchain has entered the “Trough of disillusionment” of the Gartner Hype Cycle. 2016-2018 were the hype years of everything Blockchain, and now we slowly start to learn when to use this technology and when not to do. 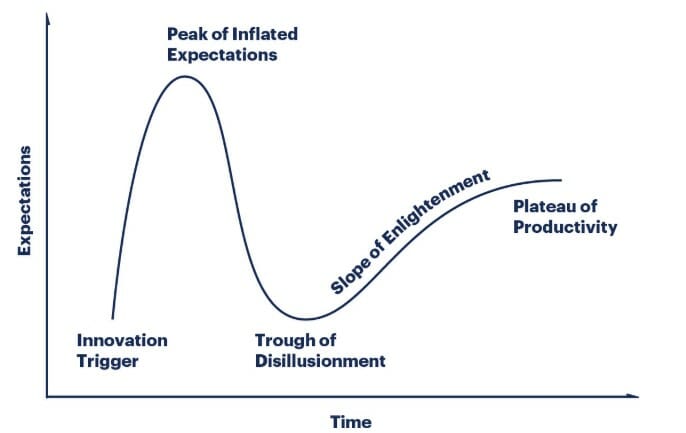 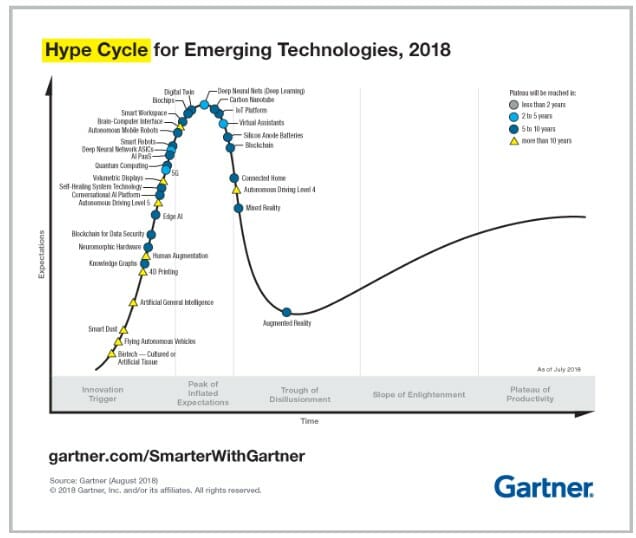 One of the biggest insights is that we learned how to position the role of blockchain in the area of data storage. The following Venn diagram was created during a talk with four architects within Sogeti Netherlands for around the past two years. 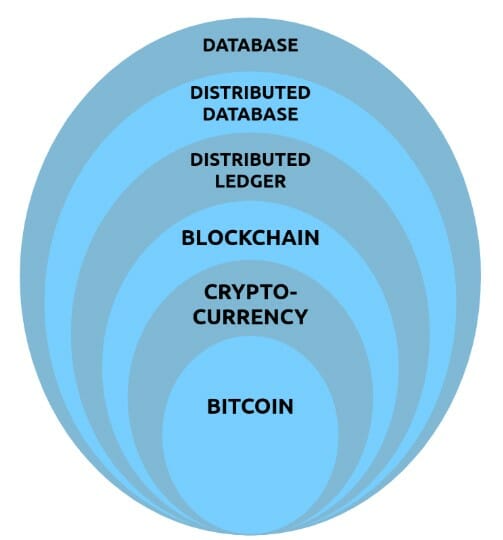 This Venn diagram is a visualization of the context surrounding the various terms.

The concept of distributed is part of three types of command and control structures. These are Centralized, Decentralised, Distributed.

These three types are used in Systems theory and also in Computer Science (tip: free academic book by Tanenbaum).

One of the concepts behind distributed is that various parties form a network, in which every party separately can be removed from the network without effect on the functionality of the network as a whole.

Thus in a distributed business context, we are talking about an ecosystem where every actor can be removed/replaced without the ecosystem (e.g. network) losing its function.

And this is the big challenge.

In the last two years, the business and IT consultants and the businesses themselves would say: “Use blockchain”!

The blockchain (or distributed ledger) technology needs a distributed context. This would imply that the “blockchain” solution should be able to work, even when the ice cream store would remove itself from the network and be replaced by two competing ice cream stores.

This would never be part of the solution because now the original ice cream store would not have a Unique Selling Point (USP) compared to its competitors.

And what applies for the ice cream store also applies to all actors in the supply chain.

This is a big problem. A business-driven problem is most of the time not compatible with a distributed context.

We as enterprise architects within Sogeti are looking forward to the next few years to see if the business is adopting the distributed model or of all will resume it original power distribution in the supply chain and aiming for Unique Selling Points defining their tailor-made supply chain.

For this, we usually need some coffee, a whiteboard and 45 minutes with somebody that embodies the business situation.

We would love to help you, feel free to drop an email.