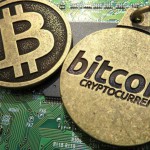 A problem mathematicians have been working on for a long time is how different parties can know if information exchanged online represents the consensus, without the need to rely on a third party. Until recently, this was considered impossible. This problem is also known as the Byzantine Generals’ Problem. To quote from the original paper defining the problem: “[Imagine] a group of generals of the Byzantine army camped with their troops around an enemy city. Communicating only by messenger, the generals must agree upon a common battle plan. However, one or more of them may be traitors who will try to confuse the others. The problem is to find an algorithm to ensure that the loyal generals will reach agreement.” In a system with intermediaries, it is always possible that one of the parties is consciously or unconsciously filtering or changing information. The solution to this problem must by definition therefore be a system where trust is not needed. This requirement can only be met by decentralized systems.

When creating digitally money, solving this problem is crucial, how else can we know to whom which coins belong? The mysterious Satoshi Nakamoto, the presumed creator of the Bitcoin protocol, managed to solve this fundamental problem. And while doing so, stumbled upon something much bigger. Bitcoin is a decentralized way of recording and transferring ownership rights (not just money) in the presence of untrustworthy parties, without the need for a trusted intermediary. The network in its entirety acts as the trusted party. In a system like this, ownership rights can flow through the Internet like ‘normal’ content (from e-mail to video streaming) already does. And no one can dispute or counterfeit who has ownership. It is safe, transparent, and mathematically secure.

The foundation of Bitcoin is the block chain. For Bitcoin, the block chain is what a ledger is for a bank. A normal bank has stacks of money locked up in a safe, with a corresponding ledger recording what money belongs to whom. This is essential. The ledger is managed centrally by the bank. This is why all transactions go through that bank.

With Bitcoin, the ledger is decentralized. It is duplicated across the entire network. No single individual controls the ledger because everyone simultaneously controls the ledger. The network as a whole keeps track of which bitcoins are assigned to which wallets (Bitcoin addresses). Transactions simply pass from wallet to wallet. It is similar to how cash or physical goods are exchanged, but with the reach of the Internet. The decentralized nature of the block chain has many advantages. One of these is the impossibility of censorship (financial or otherwise) by a single party. There is also no single point of failure.
In contrast to a bank’s ledger, the block chain can be inspected by anyone. Bitcoin transactions are completely transparent. This allows for complete financial openness, e.g. for public institutions, charities, etc. By default the “account numbers” (Bitcoin addresses) that are added to the block chain are anonymous. This provides Bitcoin users with a choice between anonymity or transparency. People who publish their addresses allow a direct view of their money flows, while people who succeed in keeping their addresses hidden (which is difficult) remain anonymous. Bitcoin is pseudonymous, not anonymous.

Bitcoins at a particular address can be spent by providing a corresponding unique key (a code). In normal use, this isn’t visible, because the wallet software manages it. However, it is possible to copy, print, or share the codes. To ensure that bitcoins are not spent twice (=the problem of double-spending) and that only valid transactions are added to the block chain, all computers in the network must compete with each other to calculate a checksum (a cryptographic puzzle). The first computer that finds the solution may initially add the transaction to the end of the block chain.

As more computers confirm the solution and start using the new block chain to add new transactions, the found solution will increase in probability. If the majority of the computers are searching for the same, correct solution, invalid transactions will automatically end up in a dead branch of the block chain and become extinct due to a lack of consensus. In practice, a transaction is safe after six or more confirmations. All this cryptography gives bitcoin its classification ‘cryptocurrency’.

Successfully adding a block of transactions to the block chain is rewarded with newly created bitcoins, and is therefore called “mining”. Mining is Bitcoin’s solution to the Byzantine Generals’ Problem. And while this mining reward is the strength of bitcoin, funding its own growth, it recently almost turned against itself. To be able to forge a fraudulent transaction, one must control the majority of computing power allocated to the ‘mining’ of bitcoins, which currently is equivalent to that of the top 500 of supercomputers. Cloud mining collective Ghash.io almost reached that majority10 and had to promise not to break the market in order from keeping its customers from leaving en masse. Theoretically, this risk should reduce as the number of market participants increases.

The algorithms are designed in a way that only a fixed number of new bitcoins are generated each day. This number decreases every day. This means that the maximum number of bitcoins will have been generated some time in 2140. A Bitcoin economy therefore has a predictable monetary basis with monetary inflation theoretically ultimately decreasing to zero, leaving consumption and production as the only drivers of so-called ‘natural’ price inflation and deflation. However, with mining rewards from bitcoin generation decreasing, we will probably see the need for an increase in associated transaction fees.

Sander Duivestein (1971) is a highly acclaimed and top-rated trendwatcher, an influential author, an acclaimed keynote speaker, a digital business entrepreneur, and a strategic advisor on disruptive innovations. His main focus is the impact of new technologies on people, businesses and society.