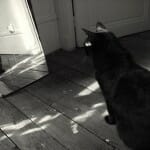 The SogetiLabs team consists of a bunch of IT people with a wide variety of expertise and background. But due to the nature of our company testers are a significant part of it.

During the recent international meeting of SogetiLabs fellows we as testers observed a significant attitude of the non-testers towards us. I defined it as them being bored of testing talk. So during the open space discussions I asked the question how they got this not so positive opinion of testing. Then one of the non-testers showed a virtual mirror to the testers by telling the next metaphor:

“Two IT people are cycling up a hill on a tandem-bike. When they finally reach the summit the one in front, the developer, says: ‘It was hard but we made it!’ Then the one at the back, the tester, comments: ‘Yes and I hope you appreciate that I was using the brakes all the time because otherwise we would have rolled down the hill backwards’.”

This little story exactly points out how many people see testing. The common feeling is that although testing may be useful it’s generally slowing things down instead of helping to reach the goal.

Many testers will say this is not how they do their job, but hey, look in this mirror again. Even with all good intentions, often testing is not seen as a contribution to the end-product.

So this is what the testing community must work on:

Now you may wonder: do we have some concrete things to help improve testing? Yes we have! Take for example the 5 elements of the new TMap HD (Human Driven):

By applying these straightforward elements I am confident that testing will grow to a significant contribution to the goals and thus no one will see it as a burden anymore. 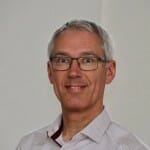